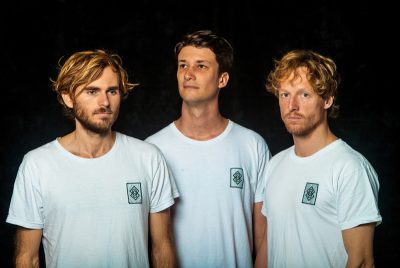 Art, giants and bulls on parade at music festival

Sydney festival favourites Art vs Science and Brisbane indie legends The Jungle Giants will headline a bill of up-and-coming music acts from Queensland and Australia at the Red Deer Fest at Mt Samson on 22 October.

Announcing this year’s line-up last week, Red Deer Fest’s Bas Pelly said Art vs Science and The Jungle Giants are “exactly the kinds of bands we want closing out our festival: upbeat, energetic, and full of party bangers everyone can sing-along and dance to.”

“Red Deer is a great chance for us to showcase the amazingly talented and exciting bands that are out there, and this year I feel like we’ve assembled the best bunch we’ve ever had,” Pelly said.

Red Deer Fest is a “BYO booze and couch” overnight music and camping festival held in a natural amphitheatre on a former deer farm at Foggs Road at Mt Samson.

Tickets cost $79 and are available now from www.reddeerfest.com.au.

Tickets for the festival, which is also set to feature rapper Drapht and Nicole Millar, are on sale now.

The two-part Park Sounds festival series will replace Decades Festival, run by Moreton Bay Regional Council at Pine Rivers Park in 2014 and 2015 with Cold Chisel, John Farnham, The Living End and The Seekers.