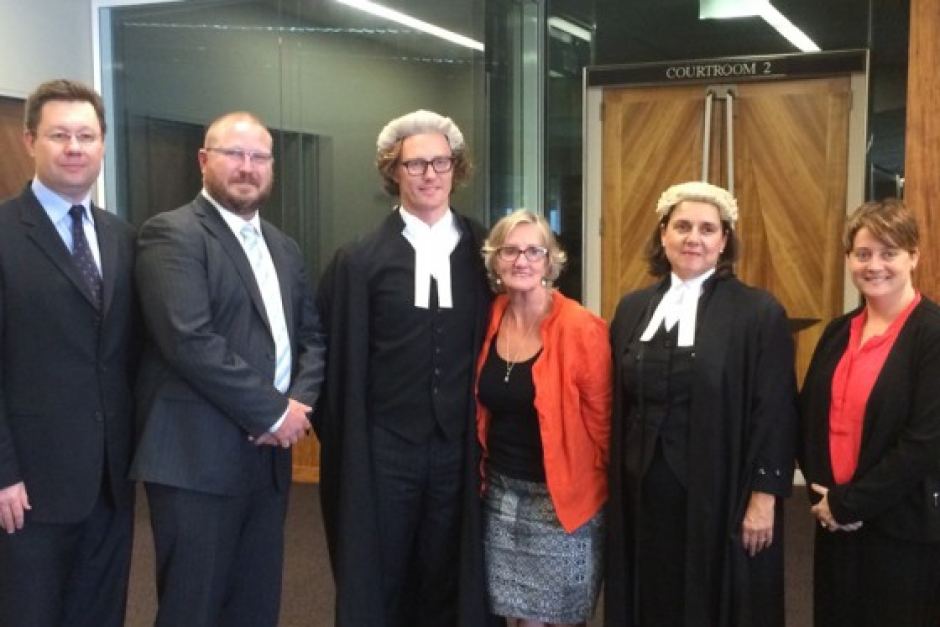 Queensland law does not allow for deaf jurors on trials, High Court hears

Queensland law makes no allowance for interpreters to be present in a jury room to assist a deaf juror, the High Court has been told.

In a Brisbane hearing today, a lawyer representing a profoundly deaf woman argued that hearing impaired people should be allowed to participate in juries on the basis of merit and that there is nothing to stop a sign language interpreter from being in a jury deliberation room.

Gaye Lyons brought a discrimination case against the Queensland Government after being excluded from a jury because she was deaf.

Counsel for the State Government, Walter Sofronoff, argued the workings of court are "fundamentally oral and aural" and that there was no discrimination because there was merely an application of the operation of the law.

Mr Sofronoff said the law did not allow for anyone, such as a sign language interpreter, to be inside the jury room.

"There is nothing in the Oaths Act that it would be open to allow another person in the jury room during deliberations," he said.

He also said there the accuracy of the translation provided to a deaf juror could not be tested.

The High Court has reserved its decision on the matter.

Ms Lyons took action against the State Government after being excluded from an Ipswich District Court jury in 2012.

The 60-year-old alleged she had been discriminated against by the refusal to provide her with an Auslan interpreter so she could perform her civic duty as a juror.

She has been in a four-year legal battle to win the case, after losing in the Court of Appeal in 2015.

Ms Lyons then won an application for Special Leave to Appeal to the High Court.

She was not present at today's court hearing, as she is overseas