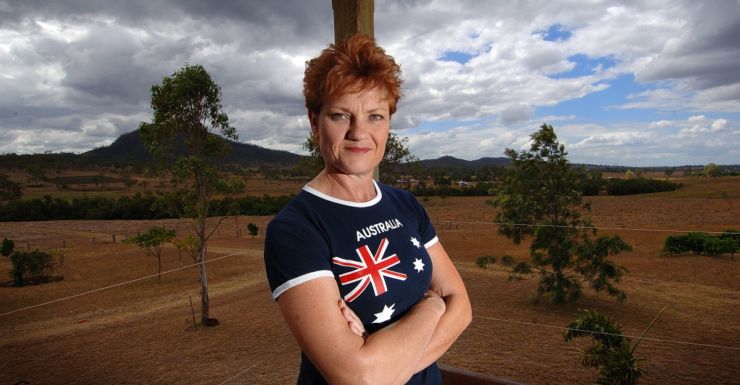 Pauline Hanson's success at the federal election could put the Family Court back in the spotlight, with some Nationals believing her push to abolish it has struck a chord with angry dads battling custody issues.

Ms Hanson raised concerns about the system in her first speech to Parliament in 1996.

The Nationals Member for Flynn, Ken O'Dowd, said her decision to campaign on it two decades later went some way to explaining why more than 216,000 Queenslanders gave her their first preference in the Senate.

"I've had people in my office actually crying and very stressed," he said.

"You know, we see suicides evolve from these marriage bust-ups and who knows who is to blame, but it does need certainly a lot of discussion and I think there is room for improvement [in the system]."

At the heart of Ms Hanson's policy is for the Family Court to be replaced by a tribunal of people from "mainstream Australia".

She has described the current system as "unworkable".

"It's destroying families, you've got fathers that are suiciding, it is not working," she said.

Asked whether she felt the system was skewed towards supporting mothers rather than fathers, Ms Hanson said: "A lot of fathers tell me it is.

"A lot of fathers feel disenfranchised from their children."

Mr O'Dowd said it was an argument he had heard from dads paying child support many times.

"One guy, he couldn't get a job in the ambulance here in central Queensland," he said.

"He had to travel to Darwin to work and those expenses of getting to Darwin weren't taken off his wage, so he was paying the full [amount].

"His calculation into how much he owed was based on the gross amount and not the net amount and this is a big issue."

Mr O'Dowd also said he was open to working with Ms Hanson on the issue.

"I'll work with anyone that can resolve the issue and make it a fairer system," he said.

But the Director of the Australian Institute of Family Studies, Anne Hollonds, said the system had been vastly improved since Ms Hanson was last in Parliament.

"I think we're constantly looking at this area of policy because, you know, it is highly contentious and often very emotional and people have very strong views about it," she said.

"But I think it's important that we build evidence, we look at the facts, not just opinions and there's always going to be someone who's upset."

Some in the legal fraternity have told the ABC they believe Ms Hanson's plan could put the most vulnerable at greater risk, but Ms Hanson argues the opposite.

"I think it's out of sheer frustration domestic violence happens because of these laws that are not fair and not just," she said.