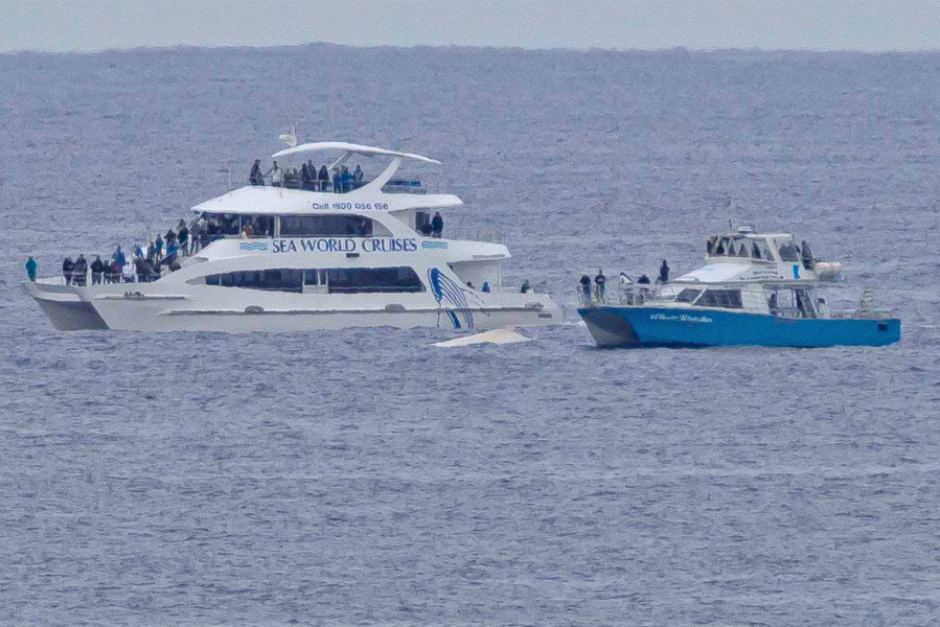 Migaloo under escort as whale watchers get too close for comfort

Authorities will escort Migaloo the white whale up the south-east Queensland coast after a complaint of onlookers getting too close.

The Queensland State Government is investigating a complaint about people getting too close to the white whale off the Gold Coast.

As white whales are classified as special management marine creatures, boats must stay 500 metres from them, and aircrafts and drones must keep a distance of 610 metres.

Rangers will help protect Migaloo during his northern migration on Thursday.

Boats must stay 500 metres away

Aircraft and drones must stay 610 metres away

Move off slowly and leave no wake

Do not get into the water

"The last thing we would want to see is for a whale like this to be injured in a boat strike," he said.

"It's just so important people keep their distance, especially as we understand there are a number of boats there."

He said whale watchers could be fined if they went within the protection zones.

"Humpback whales, they are big creatures, they can behave erratically," he said.

"This isn't just for their safety; it's for the safety of people in those boats."

"It's very important while these whales are in this northward migration not to interfere with their travel, not to get in front of them," he said.

"You only approach him at a very slow speed, matching his speed; you only come in from the left or right and do not interfere with his line of travel