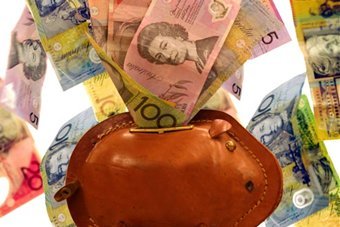 The gap in rolling ten-year returns was 2.21 per cent in favour of the industry funds.

However, last financial year's returns did not set the world on fire from either sector, with industry funds growing 3.45 per cent and bank-owned funds up just 1.74 per cent.

"The sustained and significant outperformance of industry super funds results from several factors including superior governance arrangements, the fact that they are run only to benefit their members and their more innovative investment approach which optimises asset allocation to improve member returns," he argued.

When asked last week on ABC's The Business about the outperformance of industry super funds, the Financial Services Council's chief executive Sally Loane said there were different results when different time periods were examined.

"I think you have to look at measuring apples with apples, not apples with oranges, certainly if you take different time spreads you get different results," she said.

When asked by presenter Elysse Morgan, "on what measures have your members outperformed industry funds then?" Ms Loane replied, "I don't want to go into the detail of that specifically now, but I think everybody can look at results, can look at long-term results and make their own decisions."

The editor of financial newsletter Cuffelinks, Graham Hand, said industry funds' greater allocation of investment funds towards infrastructure and property had stood them in better stead.

"Where Australian industry super funds have gained an edge is holding a decent allocation, around 20 per cent, in unlisted assets such as private equity, infrastructure and property," he explained.

"Retail funds do hold less in these unlisted assets, only about 5 per cent of their portfolios.

Mr Hand said the greater prevalence of unlisted assets in industry funds does raise some risk around how often those assets are valued and whether those investing in or leaving an industry fund are getting an accurate price.

"Long term performance results should raise genuine questions about whether bank-owned funds can manage their conflict between generating profits for shareholders and maximising returns for fund members," he concluded.