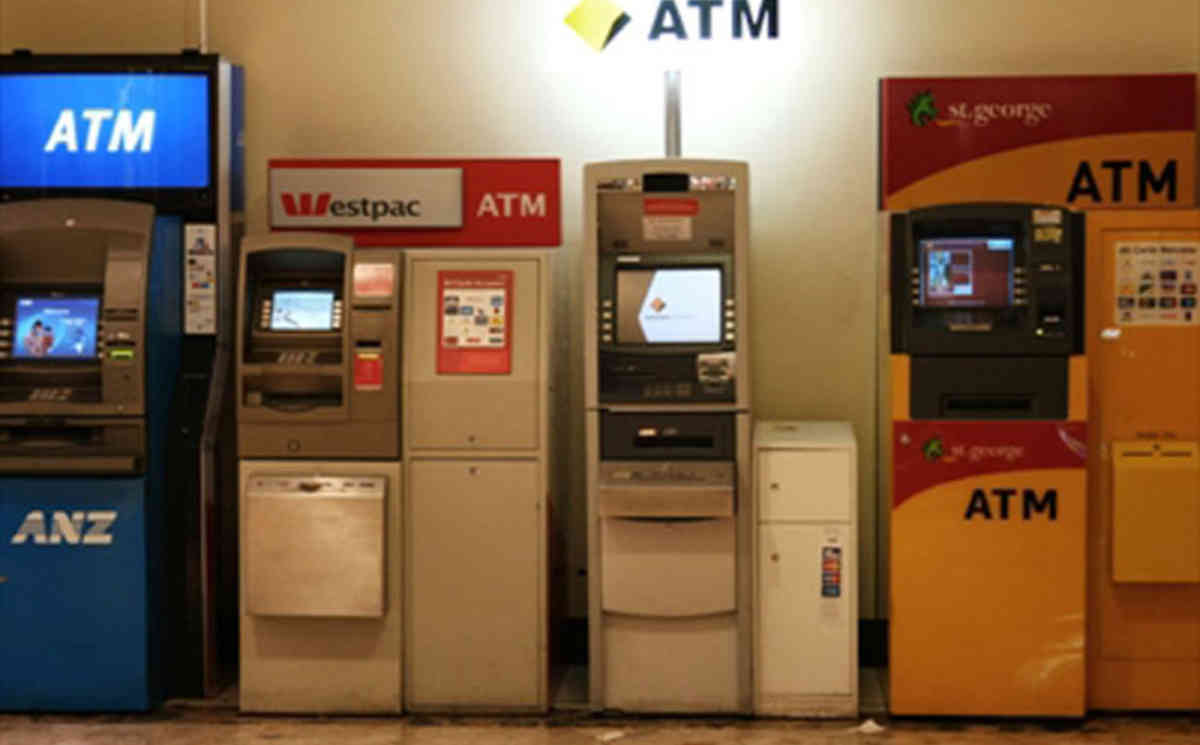 ATMs are becoming extinct its true

Australia's ATMs may be heading for extinction, with the rise of more convenient payment methods pushing cash machine withdrawals to a five-year low.

ATM withdrawals have declined 17.2 per cent since 2012, according to a finder.com.au analysis of Reserve Bank of Australia data, representing a drop of almost a fifth of cash withdrawals.

Australians are choosing to use new contactless payment methods, including 'tap and go' and mobile payment instead of ATMs, which do not require pin codes for transactions under $100.

Money expert at finder.com.au Bessie Hassan said bank customers who once saw ATMs as a revolution in 24/7 banking are turning their backs on machines in record numbers.

'As we move closer to a cashless society the trend of less ATM withdrawals will continue,' Ms Hassan said.

The analysis showed 40 per cent of people use 'foreign' ATMs, which incur a withdrawal fee of $2 or more, giving the banks $540.6 million in revenue to April 2016, or $30 per adult Australian per year.

In the past five years, ATM fees paid by Australians declined by 18.2 per cent.

Ms Hassan says people are becoming less accepting of the extra cost of using a 'foreign' ATMs, preferring to use cash-out with EFTPOS or payment card technology such as payWave.

'Why spend ten minutes hunting around for your bank's ATM when you can just flash your debit card for those everyday purchases?,' she said.

The number of machines of the major banks is also slowly declining.

ANZ has reportedly cut 10 machines in the past year and Commonwealth Bank machine transactions fall 10 per cent year on year, with NAB and Westpac telling Fairfax they have not meaningfully changed their ATM numbers.

But ATMs, which some banks have made more advanced, are being used as substitutes for branches, especially in regional and remote areas.

The four major banks have reportedly closed, or are closing, more than 230 branches in total across rural Australia since June 2015.