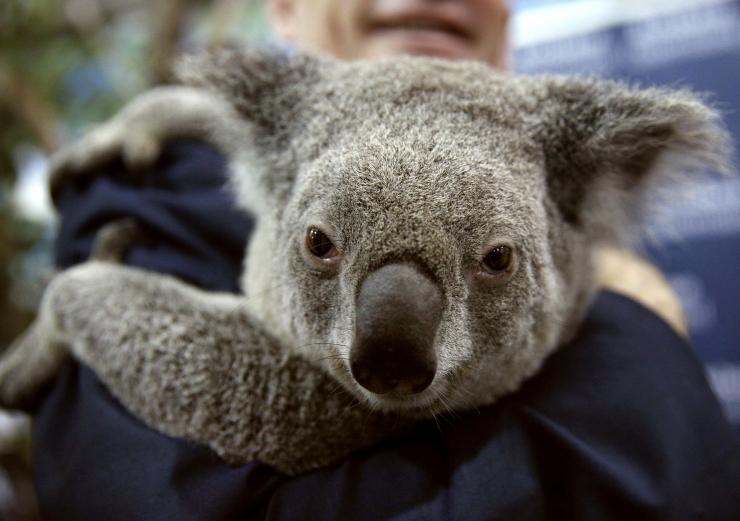 Statistics released by the Department of Main Roads and Transport revealed that numerous koalas died during construction of Brisbane's Moreton Bay Rail Link and wild dogs have been responsible for many of the deaths. The statistics portray a grim picture of the planning process around the relocation of the koala population.

The Moreton Bay Rail Link project is currently delayed due to signalling problems, reports News.com.au. The project chopped off trees and cleared off the koala habitat, which was a significant koala habitat in southeast Queensland. As soon as the koalas realised that their home has been destroyed, they started walking for miles. This is when they became victims to the wild dogs.

Since March 2013 when tagging began, 481 koalas have been tagged and monitored successfully. However, more than half of them are dead.

“We now know that relocating koalas is really, really dangerous and really, really problematic. Koalas know when they are not at home. And they get out of the trees and go ‘this not where I know, this is someone else’s territory.’ And they get on the ground and walk for miles, looking for to where home’ used to be. And this exposes them to injuries from dogs and that is the problem. It has been an absolutely catastrophic failure,” Griffith University's professor Darryl Jones told Brisbane Times.

Wild dogs were responsible for 116 of the deaths while they are also suspected of causing 38 more deaths.

However, Jones also revealed that Australian koalas are quick learners when it comes to learning how to use structures designed to minimise road kills. It was a world-first study conducted by the Queensland university.

Jones along with other researchers closely monitored 130 verified crossings by the marsupials in south-east Queensland using camera traps and wireless ID tags. The research also involved an eco-passage or retrofitted structure over a 30-month period.

“One of the main problems is that they get run over on roads all the time and when we looked at all the places they were being hit, everywhere there were big tunnels and culverts underneath roads. We expected the animals to take a while to get used to them. To our great surprise they were using them three weeks into it. Can you teach koalas new tricks? You can, that's the point,” Jones told the ABC.