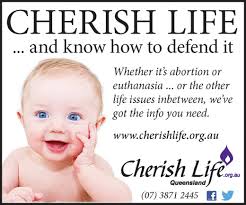 The babies were of five months gestation or more.

The information was released by Mr Dick this week after he was asked a Question on Notice by Member for Cleveland Dr Mark Robinson in May.

Mr Dick also provided the number of 'live birth' abortions for the last 10 years, which shows a steady increase of those that survive.

Queensland Health confirmed that in such cases, care is not rendered to the baby after a decision to terminate is made and it is left to perish in the clinic.

Mr Dick said such procedures were done in accordance to the Queensland Maternity and Neonatal Clinical Guideline: Therapeutic termination of pregnancy.

"There are almost always severe circumstances leading to a small number of women who choose to terminate a pregnancy after 20 weeks' gestation," he said.

"The number of termination procedures where babies are born with signs of life at this stage is a very small proportion of the total live births each year in Queensland."

Teresa Martin from Cherish Life Queensland said the revelation was shocking and called for an inquiry into the abortion industry in Queensland.

"There is also grave concern about the medical staff who have had to be part of this procedure, perhaps even against their own consciences," she said.

Abortion has been prohibited since 1899, but permissible if there is serious danger to the mother's life or her physical or mental health.

Queensland senator Larissa Waters, who has been campaigning for abortion to be removed from the criminal code, says decriminalising abortion would lead to less late-term terminations.