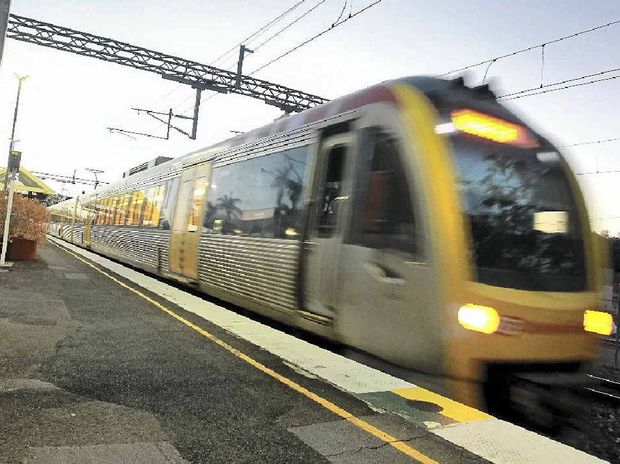 The Queensland government will spend $634 million over the next eight years to fund a new rail signalling system to pave the way for Brisbane's Cross River Rail project.

"The Palaszczuk Government is investing in this project as an essential first step to delivering Cross River Rail - our number one infrastructure priority," the Premier said.

"The new European Train Control System, subject to final approvals, will boost inner-city rail capacity by 20 per cent and allow an extra 12,000 people through the CBD each peak period.

"We are also investing $50 million next financial year to establish a Cross River Rail Delivery Authority to oversee the final planning and delivery of this project.

"This funding announcement is a clear commitment to Queenslanders that we are serious about delivering this crucial infrastructure project to ease congestion and unlock the economic potential of our state."

Deputy Premier and Minister for Infrastructure Jackie Trad said once finalised, the updated business case for Cross River Rail would be provided to Infrastructure Australia to make the urgent case for Federal Government funding.

"Queensland cannot afford to delay Cross River Rail, which is why the Palaszczuk Government has said we are determined to make this project happen," Ms Trad said.

"This announcement of establishment funding for a Delivery Authority sends a clear message to private enterprise, the Federal Government and local councils in South East Queensland that we're going to forge ahead and it's time for them get on board.

Treasurer Curtis Pitt said the new ETCS would allow an extra 21 million commuters to move through the CBD by rail each year.

"The signalling system to be installed between Milton and Northgate stations will unlock urgently needed rail capacity through Brisbane's CBD and support on average 120 jobs per year over the eight year implementation period," Mr Pitt said.

"An extra eight trains - four in each direction - every hour will increase core capacity by 20 per cent, which means there is the potential for an additional 12,000 people to be transported through the CBD during each peak period. Over the course of a year this means we will be able to move an extra 21 million commuters."

Minister for Transport Stirling Hinchliffe said every single train line on the South East Queensland City network merged into a single corridor through the CBD, with every service stopping at Roma Street, Central, Bowen Hills and Fortitude Valley stations.

"The signalling technology will support safety through the inner-city, by providing an automatic braking system, ensuring a safe distance between trains and allowing them to travel closer together."

"The new signalling system will revolutionise the way we are using our existing rail infrastructure, making it work harder and smarter, while increasing safety.

"This project will be delivered entirely by Queensland Rail and will bridge the looming capacity gap in our transport network."

Queensland Rail will manage the delivery of the ETCS project, which is expected to be operational from 2021.