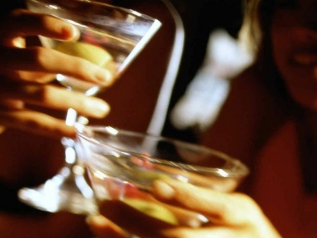 The Palaszczuk Government’s new laws to tackle alcohol-fuelled violence are set to provide a boost to the social life and economy of Queensland’s towns, cities and entertainment precincts.

Attorney-General and Minister for Justice Yvette D’Ath said the measures, which honour an election commitment, are supported by the vast majority of Queenslanders.

“Research shows that four in every five Queenslanders support pubs, clubs and bars not being able to serve alcohol beyond 3am,” said Mrs D’Ath.

“A survey by the Foundation for Alcohol Research and Education (FARE) also found that more than half of Queenslanders felt the city or centre of their town was unsafe on a Saturday night, and of those people, an overwhelming 92% said alcohol was to blame.

“Our package of laws is designed to encourage people to feel safe enough to go at night and enjoy the diversity of Queensland’s entertainment and nightlife options.

“The opinion of Queenslanders is clear, and the evidence is clear about the benefits laws like these create.

“In Newcastle, similar laws resulted in a 45% increase in the number of licenced venues around the CBD.”

for each hour of reduced alcohol trade, assaults decreased by 22%; and

in the 18 months after the laws were introduced, assaults between 3am and 6am fell by 67%.

From next Friday, 1 July 2016, liquor service hours will be reduced to 2am state-wide, except in safe night precincts where alcohol can be served until 3am.

In all venues, the sale or service of rapid intoxication drinks will end at midnight.

The drinks that will be banned include:

drinks containing more than 45 millilitres of spirits or liqueur; and

pre-mixed drinks that contain more than 5% alcohol by volume or more than 2 standard drinks.

The ban will not include cocktails, provided these cocktails:

are listed on a cocktail menu;

are not designed to be consumed rapidly; and

are not sold for less than the price listed on the cocktail menu.

Mrs D’Ath said the measures to ban rapid intoxication drinks after midnight were the result of extensive consultation with community and industry stakeholders.

“Through a series of roundtable discussions, we have worked with industry to develop guidelines that are sensible and address the drinks most likely to cause rapid intoxication, while still allowing patrons to enjoy a cocktail or premium spirit.

“The Office of Liquor and Gaming Regulation continues to communicate directly with licensed venues to implement the new laws.

“Once the first stage of these reforms has been implemented next week, we will continue working towards the remaining reforms, to be implemented between September this year and February 2017.”

A full summary of the changes for industry is provided at www.business.qld.gov.au/tafv (external site) and for patrons at www.qld.gov.au/alcohol.