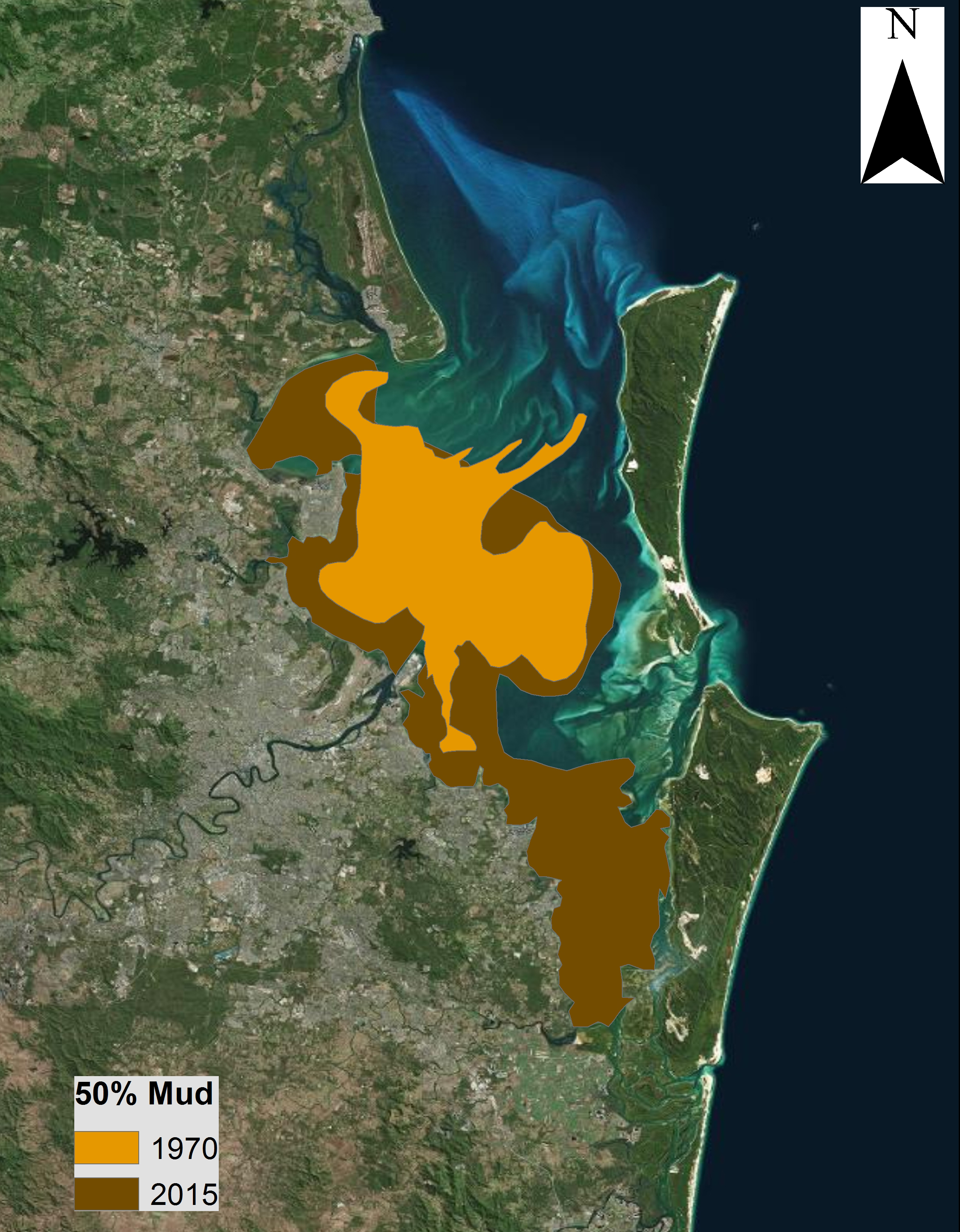 Moreton Bay’s beautiful blue waters are a popular tourist attraction and a sanctuary for diverse wildlife, but terrestrial mud is invading the sandy ocean floor.

A survey by University of Queensland researchers and students has found the area of mud in the bay has more than doubled in the past 45 years.

A team of 12 students spent three months surveying 220 sites over an area of more than 1500sq km, in the bay’s most comprehensive sediment survey in 40 years.

Mr Lockington said fine sediment had an impact on the seagrass and coral communities.

“It can also smother plant and animal communities.

The Mud Rising project was run as part of The Icarus Program which gives undergraduate engineers the opportunity to work on interdisciplinary projects with academic mentors and other students.

The team is a finalist in the Healthy Waterways Awards 2016 People’s Choice Award.