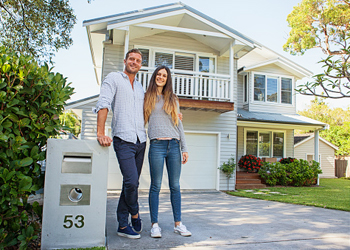 The first home buyers grant in Queensland will be increased to $20,000 next financial year, however the deal will only be available for one year.

Treasurer Curtis Pitt made the pre-budget speech at a media lunch in Brisbane today, where he also reinforced his promise of no new charges or an increase to taxes beyond indexation.

However, foreign house buyers will be charged a new stamp duty of 3 per cent.

It follows a similar move in Victoria.

"This will ensure foreign purchasers of residential property who benefit from government services and infrastructure make a contribution to their delivery as local buyers do," he said.

After years in the red, Mr Pitt confirmed Tuesday's budget would contain an operating surplus in the upcoming financial year, as forecasted in last year's mid-year budget update.

The budget is then expected to remain in the black over the forward estimates.

"We will achieve this surplus while investing in new infrastructure and paying down debt, once again, without asset sales," Mr Pitt said.

Given a $4.7-billion revenue write-down over forward estimates, amid weak commodity prices, Mr Pitt said the Government would need to eventually have a conversation with the community about increasing taxes, potentially in the next term.

"But of course we would hope that we can maintain the tax settings that we have," he said.

"It's important we see just how our economic plan will flow through the economy over the next couple of years and of course that's the point where we're going to have that conversation.

"When you see the extent of the [revenue] write-downs — a deteriorating position since last budget — we obviously are going to have to have a conversation about how this will work into the future."

"That is the risk here, a foreign investor taking their dollars to another state," Real Estate Institute of Queensland chief executive Antonia Mercorella said.

Property Council of Australia's Chris Mountford said the foreign investment change was a high-risk move for the fragile economy and breaks a May 2015 promise from the Treasurer.

Mr Mountford said it would be a significant shock to industry confidence and would place many projects at risk.

"At a time when the Queensland Government's resource revenue is being drastically written down, trying to recoup losses from one of the few sectors of the Queensland economy that is currently generating jobs is short-sighted," he said.

"This will destroy confidence in the business sector, this will put in jeopardy numerous projects," he said.

"That's what the industry is saying and that's what Mr Pitt said last year as well."