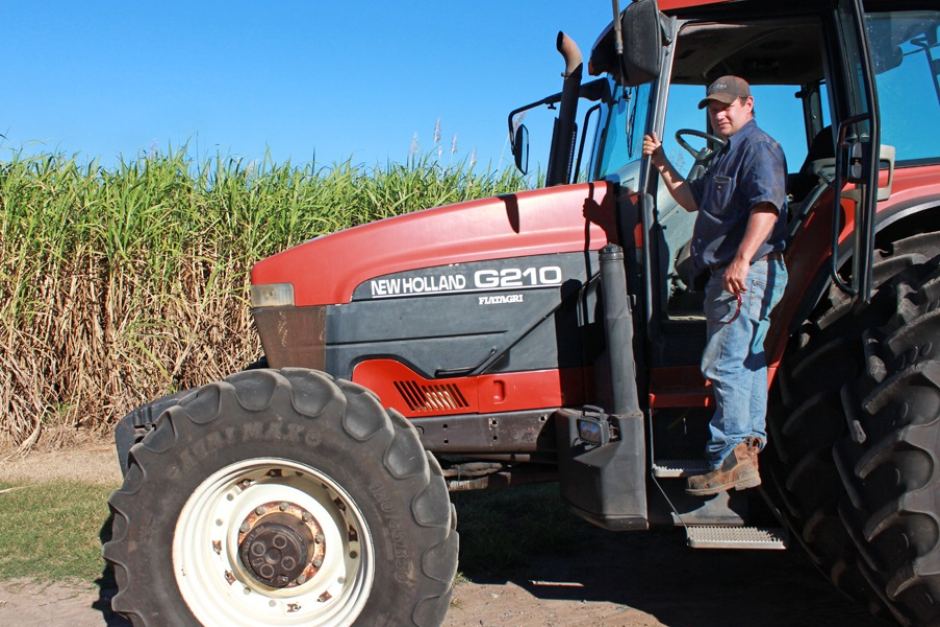 Did regional Queenslanders get what they want from the budget?

A farmer, mother, butcher and small business owner wanted more but they are cautiously optimistic about the State Government's 2016 budget.

The farmer in Mackay

Hoping his crop will one day contribute to the biofuel's industry, Mackay cane farmer Michael Deguara welcomed the 2016 budget announcements.

Mr Deguara said he was pleased the State Government decided to commit $19.7 million towards Biofutures.

"It's more than I thought they were going to contribute," he said.

Over the next three years the funding will go towards the Advance Queensland Biofutures 10-Year Roadmap and Action Plan which aims to achieve a $1 billion biotechnology and bioproducts sector.

Mr Deguara said he was interested to see the future details of the plan because at present, cane farmers do not reap any benefits from the biofuel's industry.

The majority of cane farmers only get paid for the sugar they send in with their crop.

"As a farmer it will be interesting to see when the details are future rolled out, how far away it is and how it might affect our income stream," he said.

Asked about the 10-year plan, Mr Deguara said he would like to see biofuels contributing to an increased revenue stream in his sugar cane business.

"It could also open opportunities to grow other crops like soy beans that might also help supplement farm incomes around the biofuel's industry," he said.

The butcher in Bundaberg

Ken Barritt lives with his family in Bundaberg, where he has been a butcher for 35 years.

Going into the budget, the major issues were the high cost of children's sport and electricity prices.

In his budget on Tuesday, Treasurer Curtis Pitt announced $48 million for community sports infrastructure and vouchers to encourage young people to be active.

Mr Barritt said he had concerns about the red tape involved in obtaining vouchers but said encouraging more children to play sport was good for the community.

"The more we can encourage kids to get out there and run around on the weekend instead of sitting behind computers or vandalising stuff, I always think is a good idea," he said.

"As a kid I played plenty of sport and never had the chance to do any damage around the place."

The Government will spend $3.3 million, as part of Advance Queensland funding, for Schools of the Future to encourage students to study science, technology, engineering and maths.

Mr Barritt said as a businessman, he encourages his children to study maths.

"Business is all about being as efficient as possible, you're forever looking at your percentages, your margins, so you're using mathematics every day," he said.

"The more we can encourage kids to go along those lines I think it is better for the entire economy."

But Mr Barritt said he would have to consider solar power to keep his power bill stable.

"I'm keen to hear more about the battery backup for the solar systems," he said.

"Potentially in two to three years time they might be a realistic option."

The Child and Family Services and Community Services budgets increased by 8.2 per cent and 10.24 per cent respectively.

"I don't think I'm surprised but maybe I'm just thankful that the focus is community and family," Ms Klaassen said.

She said the focus on supporting families from newborns to teenagers "was exciting".

The Government will spend $6.6 million over two years on the Triple P parenting program.

"They've continued to invest money into the Triple P delivery across the state which is a program that is really beneficial for all young families to be able to access," she said.

"If that's being pushed statewide with the amount of money put towards it then that's a step in the right direction."

Ms Klaassen also applauded a focus toward older children with the $3.5 million allocated to the Safe Night Precincts program.

"Some of my children are teenagers," she said.

"To see the Safer Night Precincts having money invested into that to reduce alcohol-related violence is really comforting for me."

"More could have been done, but beggars can't be choosers," he said.

"I'm glad there's some money that's been earmarked for us."

Mr Pickering welcomed the funding for infrastructure projects and extensions to the Rockhampton Base Hospital.

However, he said there could have been more for the youth in Rockhampton.

"For a town that is as old as Rockhampton, there needs to be more incentive to keep people in town," Mr Pickering said.

"Whether there be more social engagement, opportunities to embrace their local environment and be proud of it instead of leaving town," he said.

Mr Pickering said he would also prefer to see the incentive for businesses to take on long-term unemployed spent on up-skilling.

"I would like incentives that integrate these people back in as opposed to giving me an incentive to employ them," he said.

"We have a lot of good people in this town who could do with that support rather than seeing it go to the bigger cities that have programmes in place to give them that support.

"We don't have the luxury of those programmes."

"Is there support for these people in their towns that will give them the skills to either choose a science career or technology career to be innovative in those areas?

"If there is no support for them and they don't have the education or the facilities to encourage that growth, it's going to be a lost opportunity."