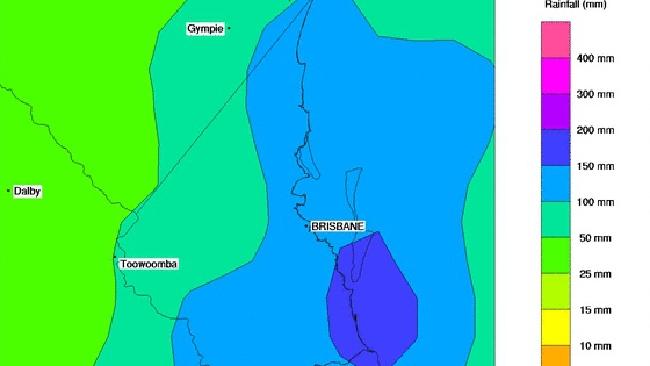 Heavy rain could set in from tonight for residents in the Moreton Bay Region as an upper low moves towards the coast.

Bureau of Meteorology meteorologist Lauren Pattie said the system was moving across from the west to the east faster than previously forecast meaning residents could expect heavy rain to start from tonight and early Saturday morning.

Residents can expect heavy falls and thunderstorms in some areas.

The upper low is expected to head off the coast Saturday night with showers on Sunday morning.

A gale warning has been issued for Moreton Bay on Saturday with north-easterly winds from 15-25kts, up to 30kts forecast. These winds will combine with a king tide on Saturday night to batter coastal areas.

She said rainfall forecasts varied from 20-50mm up to 200mm in some areas as isolated storms moved through.

Moreton Bay Regional Council is advising residents in low-lying areas to be prepared.

Sandbags are available from SES depots in the following locations:

Elimbah - Coronation Drive (opposite the church in the median strip)

Residents are encouraged to bring a shovel to assist with filling their sandbags.

For help with damage resulting from heavy rain in the coming days phone the SES on 132 500.