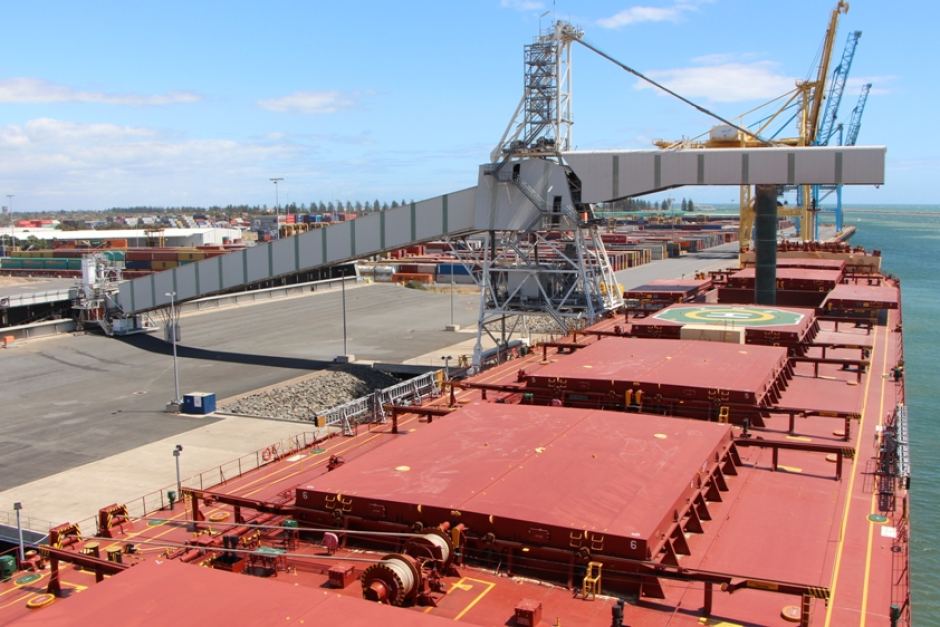 Weakening currency will support local grain prices, but a slump in shipping rates is eating away competitive advantage

The global outlook for interest rates has Australian currency tipsters expecting the Australian dollar to site below 70 US cents all the way into 2018.

It's good news for grain growers, who are seeing local wheat price values supported amid a global market awash with record stocks of grain.

But at the same time, a slump in shipping rates has made it cheaper for Indonesia, Australia's biggest wheat customer, to source shipments from Russia.

Mecardo analyst Andrew Whitelaw said local cargoes were being edged out by Russia grains, meaning local exporters might have to consider cutting prices to maintain the market.

"Unfortunately what we'll end up seeing, potentially, if this situation continues, if Russian wheat still continues to go into Indonesia, Australian trading companies will obviously have to reduce their prices into Indonesia, which will then flow on local basis [the difference between the international price and the Australian price] in Australia."

It could see grain growers caught in a bind between the price advantage brought about by the lower exchange rate, and the need to keep grain values competitive into Indonesia.

ff the back of predictions for low inflation, the bank is forecasting the dollar to fall below 70 cents this year, and stay in the high 60s throughout 2017.

"All the signs are that production in most major growing regions around the world is looking strong, and what that's meant is that global grain prices will be one a downward trend for quite some time now," Mr Ziebell said.

"The reason why you haven't seen that flow through to Australian price, which haven't been exceptional by any means, is that decline in the dollar."

With promising starts to the grain growing season in Australia, growers will also be considering the impact of the dollar on important imported inputs like fertiliser, fuel and agri-chemicals.

While the outlook for the grains complex remains gloomy, the price of pulses, canola and sorghum have been brighter.

But Mr Ziebell said the "stellar run" for chickpeas could be ending soon, as forecasts for better weather indicate local production would return to their usual levels.

"In many ways it's an opportunist market, and we've had an incredible run recently, but there are real constraints there in terms of market access, and on-going demand for that product."