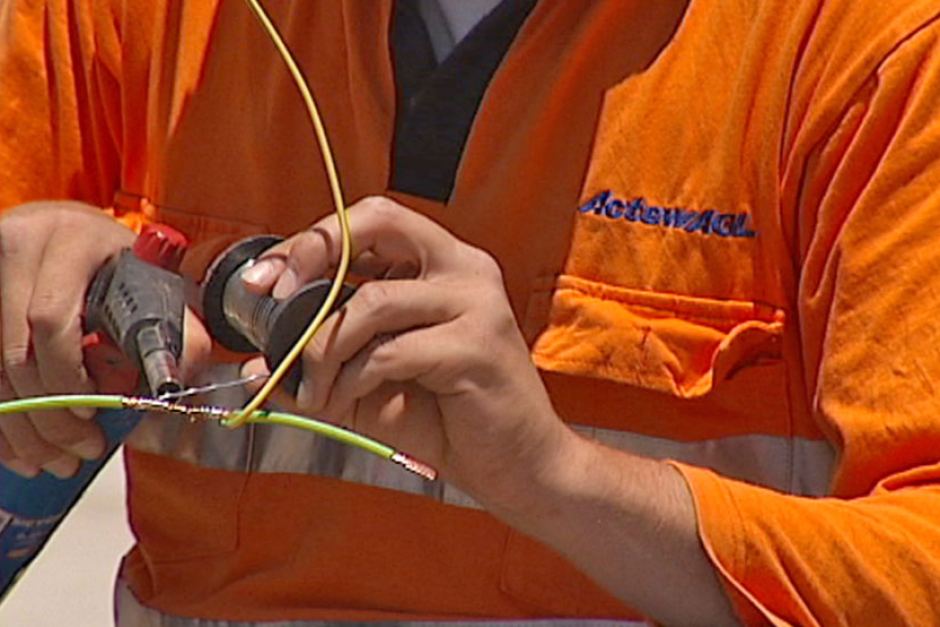 Wage growth has hit a fresh record low, with workers' pay rising just 0.4 per cent last quarter and 2.1 per cent over the past year.

The latest seasonally adjusted Bureau of Statistics Wage Price Index is growing at the lowest level since the data began in the September quarter of 1998.

The weakness in pay rises is particularly evident in the private sector, where wages edged just 1.9 per cent higher over the year to the end of March.

Public servants and other government workers saw a 2.5 per cent pay increase.

However, it does not appear to be federal public servants enjoying the better gains, with the ACT recording the lowest annual wage growth of any state and territory at just 1.8 per cent.

Victoria had the best annual pay gains at 2.4 per cent, and has seen the best pay rises over the past year-and-a-half.

Over the past 12 months, finance and insurance, education and training, and healthcare and social assistance had the best pay increases of 2.6 per cent.

Rental, hiring and real estate services workers had the weakest pay rises of 1.3 per cent over the year to March 31.

The ABS said that construction, professional, scientific and technical services, and administrative and support services have all recorded annual wage growth below 2 per cent for five consecutive quarters.

Wage growth is strongest in finance, education and health. (ABS)

Low wage growth is a sign of very weak inflation in the economy, and increases the chance of another interest rate cut by the Reserve Bank later this year.