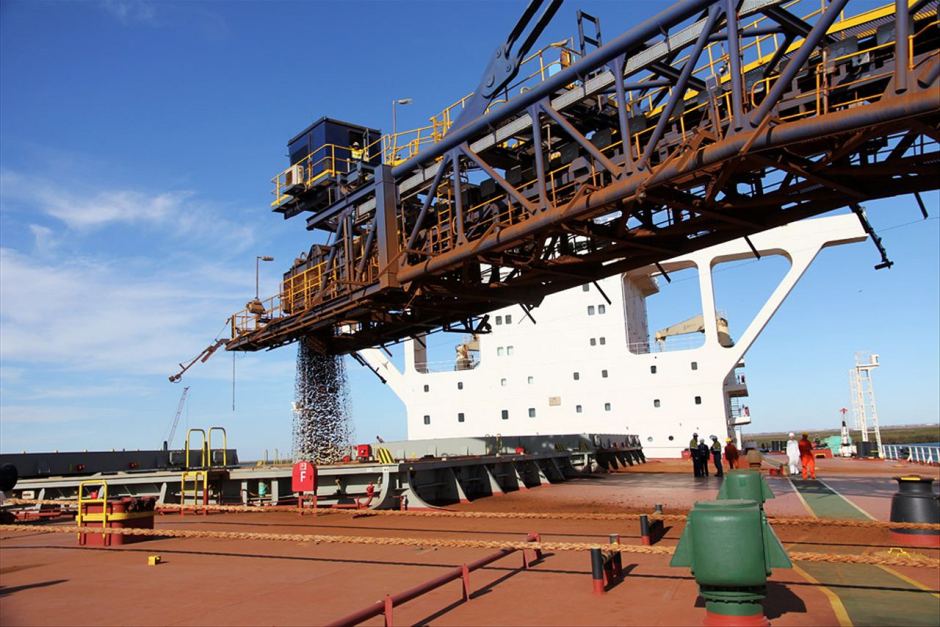 Australia's trade deficit narrowed unexpectedly to a one year low of $2.2 billion in March on the back of a stronger export performance.

In seasonally adjusted figures released by the Australian Bureau of Statistics, the deficit narrowed by 29 per cent from the $3 billion deficit recorded in February, which was revised down from $3.4 billion.

Over the March quarter, the total deficit came in at $8.1 billion, a decrease of 21 per cent from the $11 billion deficit racked up in the December quarter of 2015.

The always-volatile non-monetary gold underpinned the surge with the value of exports jumping 58 per cent - or $659 million - to $1,789 million.

The value of iron ore shipments was driven up by a combination of increased volume and prices.

The services sector also chipped in with the value of exports up 3 per cent, almost entirely due to a $135 million increase in the value of inbound tourism.

However, the value of rural goods exported fell by 2 per cent - or $85 million - dragged down by a 6 per cent drop in grain shipments.

On the import side of the ledger, growth in purchases of both consumption goods - such as food and clothing - and capital goods - including plant and equipment - was fairly weak.

The ABS also reported that retail sales rose 0.4 per cent in March, roughly in-line with expectations and up from the sluggish 0.1 per cent growth of February.

In seasonally adjusted terms, food sales were up 0.6 per cent while clothing, footwear and personal items rose 1.1 per cent and household goods were up just 0.1 per cent.

Sales for cafes, restaurants and takeaway food were flat, while department store sales continued to go backwards, down 0.5 per cent.

Capital Economics Kate Hickie said the trade and retail sales figures suggest a boost in GDP growth from net trade probably more than offset an easing in consumption growth in the first quarter.

"We estimate that real GDP growth accelerated from the fourth quarter's 0.6 per cent to about 0.8 per cent in quarter-on-quarter figures," Ms Hickie said.