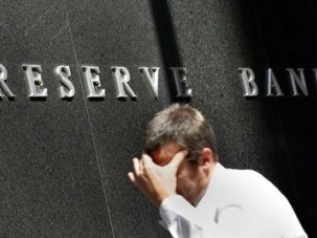 The Reserve Bank is likely to cut the official cash rate to just 1 per cent to head off deflationary pressures and get economic growth up to speed according to big global investment bank JP Morgan.

But that may not be the end of it.

JP Morgan's Sally Auld said an even more aggressive cutting cycle cannot be ruled out if the RBA's economic growth (GDP) forecast of 3 per cent to the end of 2017 is threatened.

The downward revision follows a sharp fall in first quarter inflation and the RBA's subsequent rate cut a week later.

Core inflation - the RBA's preferred measure - fell to 1.5 per cent, the lowest reading on record and well below the RBA target band of 2 to 3 per cent.

Dr Auld said the worrying aspect of the recent data is that weak wage growth and tradeable inflation - in sectors such as utilities and rates - cannot be blamed for the deflationary dynamic.

"The underlying shock is to firms' pricing behaviour and their ability to pass on price rises - that is to margins and to inflation expectations," she said.

This view is supported Melbourne Institute Consumer Inflationary Expectations survey, showing another significant drop in May.

The survey - conducted after the latest RBA cut - found consumers' expected inflation rate fell to 3.2 per cent this month, compared to 4 per cent at the start of the year.

While consumers may applaud falling prices, the economic rationale behind the fear of deflation is that it pushes spending out into the future, further slowing growth, while it also hits debtors by increasing the "real" burden of their debts.

When deeply entrenched across an economy, it can lead to falling profits and spending, which flows through to lower wage outcomes and job losses.

Dr Auld said the RBA and many forecasters had missed the disinflationary dynamic inherent in margin compression.

She said lower interest rates and materially lower real exchange rates were needed to push inflation back up towards the target band.

Australian dollar to hit 65 US cents next year: Auld

The JP Morgan research found the downward pressure on interest rates will also drive the Australian dollar lower to around 70 cents against the US dollar by the end of the year, and 65 cents by June 2017.

The research noted a lower exchange rate is the only speedy solution to multiple problems.

"It is clear that a lower real exchange rate has become a necessary, rather than sufficient, condition for generating a return of inflation towards target," Dr Auld argued.

"The other aspect to a lower currency - aside from helping to resolve the extent of required margin compression - is its impact on growth."

As inflation has fallen over the past year, the "real" - or inflation adjusted - cash rate has effectively risen, delivering a far less stimulatory kick to the economy than would otherwise have been expected from the record low rates.

The 'real' cash rate in Australia is not at record lows, unlike the headline cash rate. (JP Morgan)

Dr Auld said while the RBA had been comfortable to have "real" rates pegged at zero - they have been substantially below zero for several years - the fall in core inflation had driven up the real rate to 0.5 per cent in the first quarter.

Another dynamic behind the big downward revision in interest rate expectations is that the convergence of global inflation outcomes is likely to deliver converging policy rate outcomes.

On JP Morgan's figures, the gap between Australia's official rate and other developed economies is about 1 per cent.

"Uncertainty around the Fed outlook highlights why the RBA cannot afford to be half-hearted in getting the real rate lower in Australia," Dr Auld noted.

"But, more importantly, the downward revisions to the RBA's inflation rate forecasts suggest that there is now scope to run the economy harder, and labour market conditions tighter, than might have otherwise been the case."