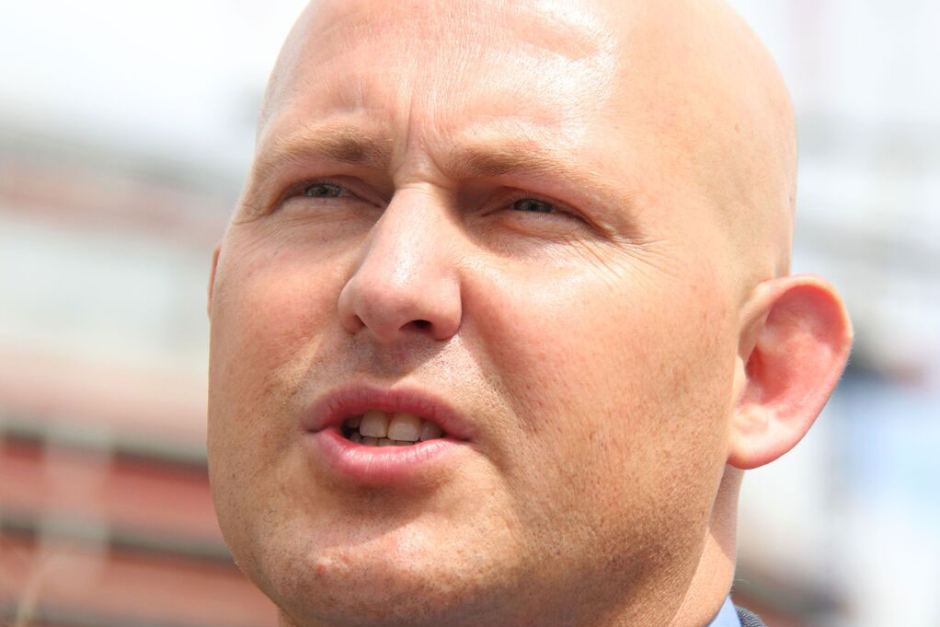 Queensland public servants' superannuation fund looks set to be raided to pay for infrastructure when the Palaszczuk Government hands down its second budget in three weeks.

Treasurer Curtis Pitt told Parliament the defined benefits scheme was in good shape and had a $10 billion surplus.

"I can confirm the Government is considering a range of options including repatriating a portion of the large surplus in the QSuper defined benefits scheme," he said.

"Our strategy, including our debt action plan, is aimed at reducing general government-sector debt while also allowing us to invest in the infrastructure that our growing state needs.

"Most importantly we're doing that without asset sales."

In last year's budget, Mr Pitt gave the Government a five-year 'holiday' from contributing to the fund.

Today, he said tapping into the scheme was a continuation of the strategy made clear to Queenslanders in 2015, and that public servants had nothing to fear.

"I can confirm that the Government remains committed to the legislative guarantee that ensures the security of entitlements under the defined benefits fund," Mr Pitt said.

"I can confirm that all defined benefit member entitlements will continue to be paid in full as they fall due.

"And contrary to the scaremongering of the LNP, I can confirm the defined benefit scheme will continue until the retirement of the last current members of the scheme.

"If all of the 49,000 members of the benefit scheme decided at 9am tomorrow to leave the Government and cash-in, the scheme would still be in surplus after every single entitlement was paid.

"I can confirm that no changes will be made to the accumulation superannuation that the majority of public servants use."

Mr Pitt said the state actuary advised that the defined benefits scheme's assets exceeded liabilities by more than $10 billion on a funding basis at 30 June, 2015.

He said the surplus was now sufficiently large to consider the option of repatriation of a portion of over-funded contribution.

But the State Opposition Leader Tim Nicholls labelled the move "another sign of incompetence by this Labor Government".

"Curtis Pitt is not only abandoning a policy that has served Queensland and its employees and it superannuants well for many many decades, he is abandoning a legacy of bipartisan support for not raiding superannuation funds," Mr Nicholls said.

"He never promised it, he never spoke about it in the lead up to the election in 2015.

"It's been proved to be a lie, he's been caught out and now he's raiding the superannuation fund"

Mr Nicholls said superannuation must be invested in things that provide a return and earn income.

"You can't use it as a hollow log it shouldn't be used," he said

"You've heard me quote from three Labor luminaries Peter Beattie, Andrew Fraser, Terry Mackenroth about the importance of keeping that superannuation fund in place in tact to ensure that you can weather the storms the ups and downs that occur in financial markets."

The Queensland budget will be handed down on June 14.