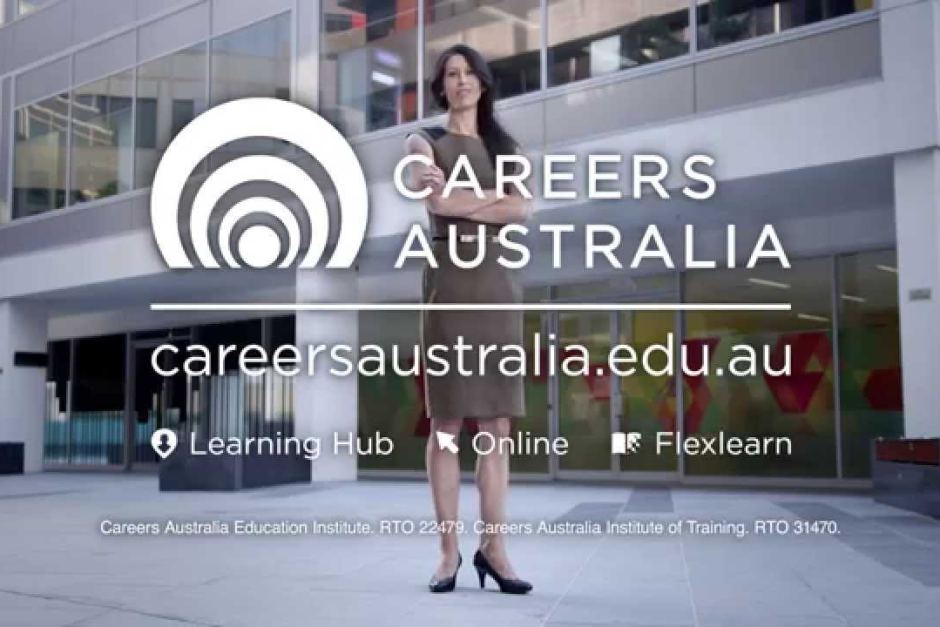 A major training provider has admitted it broke consumer law and will pay back some of the millions it received in government-backed training loans.

Under an agreement with the ACCC students can have debts cancelled

Careers Australia has come to an agreement with the Australian Competition and Consumer Commission (ACCC) to repay to the Australian Government any funds it obtained by signing up vulnerable students using false claims.

It has repaid $44.3 million to the Government after it cancelled 12,130 bogus enrolments.

This included students who were signed up but never actually undertook any study.

Careers Australia has received $190 million from the Government since 2013 under the VET-FEE-HELP student loan scheme, which extended HECS-style loans to students studying diploma courses.

During 2013 and 2015 Careers Australia signed up 40,000 students and officially enrolled about half that number, signing them up to student debts.

Today in a statement from the ACCC the company admitted that through the conduct of some its door-to-door agents, the company made false or misleading representations and engaged in unconscionable conduct.

This included misrepresenting that its courses were free, would help people find jobs and offering inducements such as free iPads.

This included allowing 80 consumers from a remote Aboriginal community in Yarrabah, Queensland to be enrolled courses and incur debts without alerting them to the fact they would incur a debt.

"This conduct affected some of the most vulnerable and disadvantaged groups of consumers in Australia," ACCC chairman Rod Sims said.

Students can have debt cancelled under agreement

Careers Australia opened its doors in 2006 and is one of the largest private training colleges in Australia with 15 campuses around the country.

Under the agreement with the ACCC, Careers Australia will also tell students they can have their debt cancelled, train and review its staff and agree to behave better in the future.

This is the fifth college to face action from the ACCC, which has said it has about 10 colleges in its sights.

In a statement, a Careers Australia spokesman said the company self-reported concerns to the regulator in April 2015 after their own internal systems alerted them to issues.

The ABC's 7.30 program reported concerns about the company's recruitment practices in February 2015.

The company spokesman said it found some marketing agents selling courses on the college's behalf had engaged in "inappropriate conduct".

"These practices were discovered by the robust internal systems used within Careers Australia. These same systems have been used to demonstrate, to the ACCC and other regulators, our actions taken and our ongoing compliance with the VET FEE-HELP regulations," he said.

He said the company had repaid funds of its own volition and was no longer working with the marketing company involved.

"Careers Australia also took a range of remedial steps prior to ACCC intervention, including voluntarily repaying or re-crediting VET FEE-HELP amounts owing to the Commonwealth for a number of students, ceasing to use the relevant marketing agents and improving policies and procedures," he said

A Tasmanian community organisation that first raised the alarm about the unethical behaviour said concerns were ignored when first raised.

"It was about two years ago that our neighbourhood houses had salesmen coming through about seven communities on the same day across Tasmania and immediately we were concerned about how a lot of vulnerable people got sucked into it," he said.