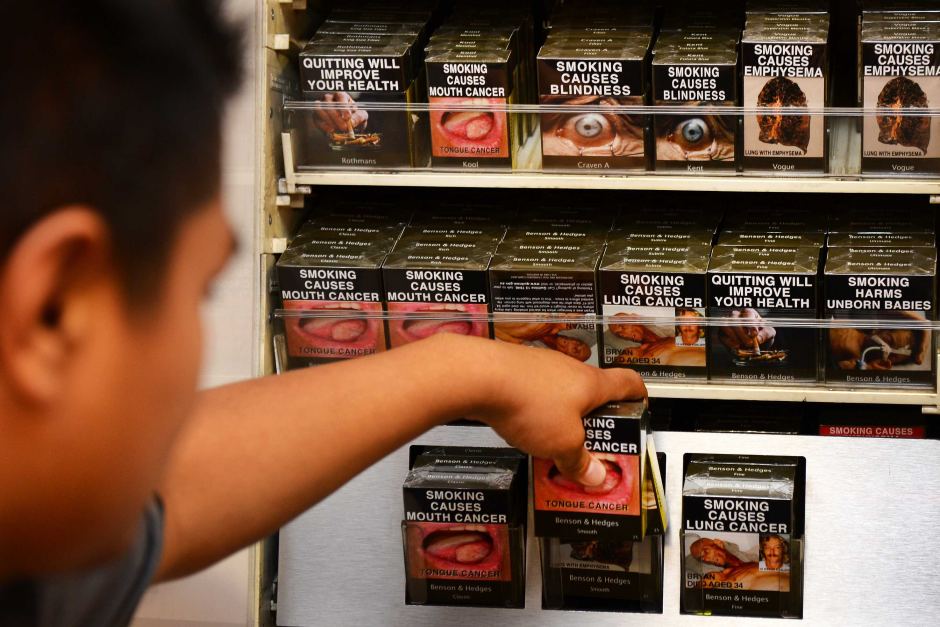 Tobacconists are claiming that the newly announced tax hike on cigarettes will leave them vulnerable to theft.

The Tobacco Tax includes a series of 12.5 per cent increases in tobacco excise over the next four years, meaning a pack of cigarettes will cost about $40 in 2020, leaving store owners concerned.

"Cigarettes are like gold, and every shop has to spend more money on security in their stores," Caboolture tobacconist said.

If you want it to stop, make it illegal, don't price it to a point that's ridiculous under the guise of health when it's just a revenue raiser.

Tobacco stor owners have expressed fears the further increase in price would lead to more and more break-ins.

"I think a lot of the little convenience stores are probably going to have to spend a bit of money-making the premises more secure," .

"It's absolutely ridiculous. I find it hard to believe that the smokers have to cover the other deficits the government has."

Another northern Queensland tobacconist, Kylie Johnson, has already begun implementing a tougher security system in their Townsville store, after being victim to two armed robberies over the last 12 months.

"We've always set up a tobacconist with security in mind, but now it's a real concern," Ms Johnson said.

"We're talking about reducing our hours of trade so we're not open so late at night."

Ms Johnson said on top of the safety concerns, she thought the tax was an attack on Australia's low income earners.

"Unfortunately it tends to be the lower socio-economic element of our country that smoke and they're already relying on government handouts, so it's just the government getting their own money back — it's a ridiculous cycle," she said.

Many of her customers are addicted to tobacco, meaning the price hike will impact more than just smokes, according Ms Johnson.

"With all addictions, whether you can afford it or not, you find the money and in order to do that something else goes."

"We have people come in with their change jars — are their kids getting fed?" Ms Johnson asked.

But a statement from the office of Federal Rural Health Minister Fiona Nash said the tax would assist lower socio-economic groups by preventing smoking overall.

"Tobacco excise increases are a particularly effective tool for decreasing prevalence of smoking among youth and people from lower socio-economic groups," the statement read.

Minister Nash also emphasised that taxing cigarettes did not lead to a spike in crime.

"This a continuation of four years of tobacco excise increases and there is no evidence linking the increases to criminal activity," the statement read.

Mr Burrow also expressed concern about the wider impact of the tax on smokers.

"I think the government is well aware that it's a very hard habit to kick, and I think putting the price up just puts more pressure on families," he said.

As a non-smoking cigarette-store owner, Ms Johnson said the tax was nothing more than an easy revenue raiser.

"If you want it to stop, make it illegal, don't price it to a point that's ridiculous under the guise of health when it's just a revenue raiser," she said.

But Minister Nash said the tobacco control measures were motivated by a move to reduce the national smoking rate, and was widely recognised as the most effective, and most cost effective, intervention method.

"Each year, smoking kills an estimated 15,000 Australians and costs Australia an estimated $31.5 billion in social (including health) and economic costs," the statement read.

"This shows that the multifaceted tobacco control measures of successive governments at the federal and state level are having the desired effect."