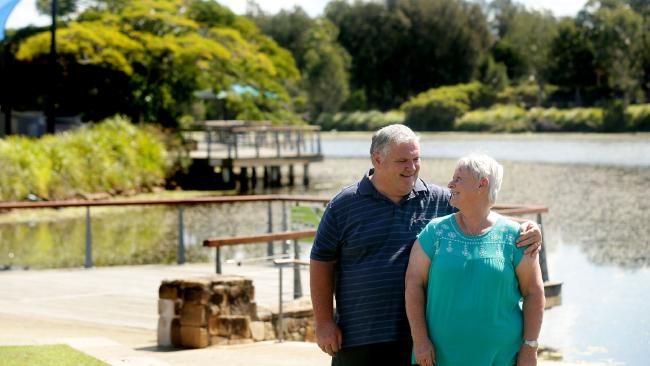 The first three stages of SoLa North Lakes, comprising 59 of 120 townhouses, have sold out with the fourth phase now being promoted.

This stage includes two new floorplans priced from $405,000 with construction expected to begin in the next few months.

Stockland regional manager David Laner said he expected the Stockland-Metricon joint masterplanned community would be fully completed and sold out by Easter next year.

“There have been slightly more owner-occupiers than investors as the townhouses are pretty large,” he said.

“Most of the townhouses are also two storey with park and lake views, and we wanted to go with really good quality finishes.”

Mr Laner said 75 per cent of all buyers were from within 10km of North Lakes, which signalled how well people knew their local areas.

“The Moreton Bay Rail Link will offer great opportunities for astute investors and I expect there will be a ripple impact on surrounding areas, like the undervalued Redcliffe peninsula, following the rail link’s opening,” he said.

“But there are now less than 40 vacant home sites left at North Lakes, out of a total of more than 5000 in the masterplan.

“So I’m seeing a little bit of urgency creep in from buyers.”

Arana Hills residents’ Stephen and Jill O’Rourke have purchased a three-bedroom townhouse at SoLa and plan to move there in June.

The couple knew it was time to leave their home after their children moved out but after living in one house for 19 years, it was difficult for them to decide where to go.

“Then when we were up at North Lakes, we looked at the floorplans for SoLa.

“We liked that it was opposite the lake, two blocks from Westfield and walking distance to amenities.

“The new station at Mango Hills is also coming soon.

“So instead of a tree or sea change, we chose a closer to amenity change.”