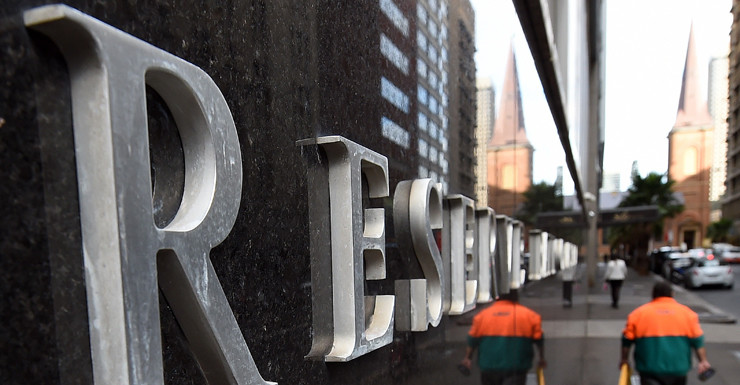 Australia's recent dip into deflationary territory is unlikely to have been a one off and could prompt further interest rate cuts this year, the Reserve Bank has signalled.

According to the minutes from its May meeting, where the cash rate was cut to 1.75 per cent on budget day, the RBA board was briefed about "ongoing inflation trends" and that the outlook could be lower for longer.

Referring to the March CPI result where inflation went backwards by 0.2 per cent, the board was told that the data "were less subject to measurement error than many other key data series".

"Moreover, the lower-than-expected CPI outcome could not be explained entirely by temporary factors" such as lower fuel prices and that the weakness in cost pressures "had been broadly based".

The RBA has also signalled that the outlook for lower inflation had the potential to further dampen wages growth, even though employers in general appear unwilling to make offers of wage growth below 2 per cent.

"But if inflation was to be persistently lower than previously forecast, it was possible that in time this could be reflected in lower wage growth," the RBA added.

The minutes also highlighted a stabilising but soft outlook for the labour market with employment growth slowing in the first quarter of 2016.

"Employment would continue to grow but at a somewhat slower pace than had been evident over the previous year," the minutes warned.

Australia's current jobless rate of 5.7 per cent in March will be updated on on Thursday when the Bureau of Statistics releases official data for April.

The RBA also singled out low wage growth as contributing to "heightened job insecurity" which it said "may be relevant to the current Australian experience".

"The broad-based softness in prices and labour costs signalled less momentum in domestic inflationary pressures than had previously been expected."

Economists are now betting the RBA will continue to cut the cash rate after being surprising by the depth of the latest inflation reading.

The Commonwealth Bank is predicting another two cuts in 2016 taking the cash rate to 1.25 per cent, with some other large institutions such as JP Morgan forecasting a cash rate at 1 per cent or lower.

However, the bank's stand was not accommodative enough for money markets, with currency traders pushing the Australian dollar up around half a cent to 73.45 US cents by 11:49am (AEST).