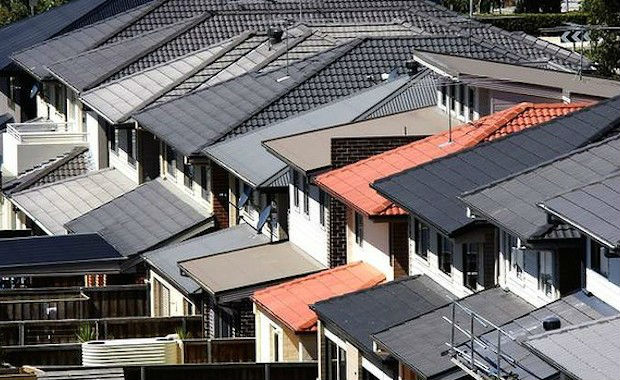 Demand for home loans fell in March, although the value of investor loans rose, suggesting investors have headed back to the market despite a crackdown by banks and regulators.

The data from the Bureau of Statistics showed the number of loans taken out by owner-occupiers dropped by 0.9 per cent over the month to 56,316, seasonally adjusted, although they are up by 3.8 per cent over the year.

Economists surveyed by Bloomberg had expected a fall of 1.5 per cent in March.

The total value of all home loans taken out fell by 0.2 per cent from February to March this year, seasonally adjusted, and the number of loans for both new and established homes also dropped over the month.

The value of owner-occupier mortgages fell by 1.2 per cent over the month to $20.7 billion on a seasonally adjusted basis.

In contrast, the value of loans taken out by investors rose by 1.5 per cent, seasonally adjusted, to just over $12 billion, a pull back from the 3.1 per cent increase seen in February.

The value of investor loans was down by 13 per cent over the year.

Home lending is swinging back towards investors. (ABS, ANZ)

ANZ said in a note that the figures showed the housing market remained solid in 2016 with investors driving demand.

"The impact of last year's macroprudential regulation, which raised interest rates and tightened borrowing conditions for investors, appears to be well in the past," the ANZ economists said.

But ANZ added that it expects the property market to cool down, despite a recent uptick in prices and auction clearance rates, as well as the Reserve Bank's surprise cut in official interest rates last week.

"We retain our view that the housing market will remain more subdued in comparison to last year's peak," the note said.

He said the data showed that housing activity remained solid, with the value of loans to build new homes at a record $3.59 billion.

"There is a healthy pipeline of work, with owner-occupiers likely to dominate home building and buying," Mr Sebastian said.

He said investor approvals had "clearly firmed a touch in early 2016", which could have pushed up recent auction clearance rates and prices.

John Flavell, the chief executive of mortgage broker Mortgage Choice said, despite the fall in demand for home loans in March, demand was high by long term averages.

"The number of home loans written in March was actually 3.8 per cent higher than the same month last year," he observed.

"This would suggest the property market remains alive and well."

Capital city home prices did bounce back in April, rising by 1.7 per cent last month and 7.3 per cent over the year according to CoreLogic RP Data.