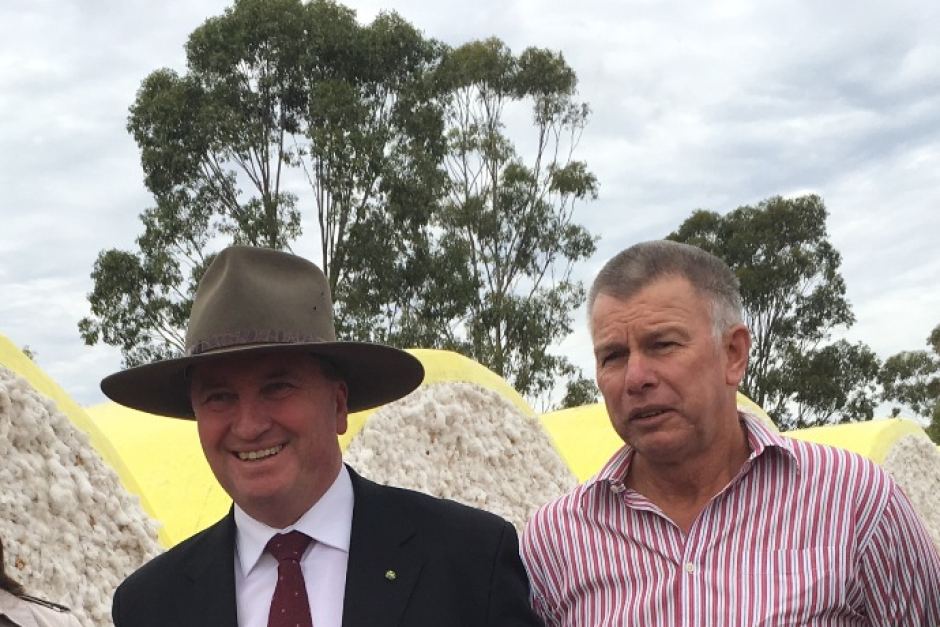 Farmers angry about lack of clarity on backpacker tax stance

As the Deputy Prime Minister took his campaign to a safe Queensland seat, the welcome might have been warm but farmers were happy to vent their frustration at the controversial backpacker tax changes.

Farmers said there was a lack of clarity in the National Party's stance on forthcoming changes to tax arrangements, which would see backpackers taxed at 32.5 per cent on all earnings from July 1.

They say the change is harming Australian agriculture's reputation as potential employers.

There is still no indication if there's going to be a change to the level of tax before its implementation.

But out on the hustings in the safe Coalition seat of Maranoa, Nationals leader Barnaby Joyce promised the Federal Government would address it before the election.

"It's already starting to deter people and you talk to other backpackers or potential backpackers, they're saying 'no we're going to go to Canada or we're trying our luck in the US, Australia is just going to tax us out'," he said.

Mr Joyce, during a visit to a cotton gin, said he was aware the issue was critical.

"We're not blind to this issue, we'll find a point of resolution and we'll do it on our terms and in our time," he said.

"I've been in discussions with the Prime Minister and the Treasurer about this as recently as last night, just watch this space, we will have a process to make sure we deal with the complexity of the issue."

After further questions of timings, Mr Joyce said he would not be drawn on exactly when he would address the issue.

"There's not going to be an announcement on it today, people think 'well they're just going to ignore it', well no we are not but let us get to a cogent outcome rather than just any outcome," he said.

Mr Joyce assured the media he would address the issue before the end of the election campaign.

Despite those reassurance, some farmers said until they were categorically told the tax would be changed or scrapped, they would hold their concerns.

Mr Armitage urged anyone who was unhappy with the tax to lobby their local candidate.

"It's going to be a small blip that will give the Government a little bit of money for a short time," he said.

"But the long-term effect is that we'll have less backpackers, less money.

"There'll be less food harvested by the backpackers so the end result is it's a lose-lose situation for Australian agriculture."