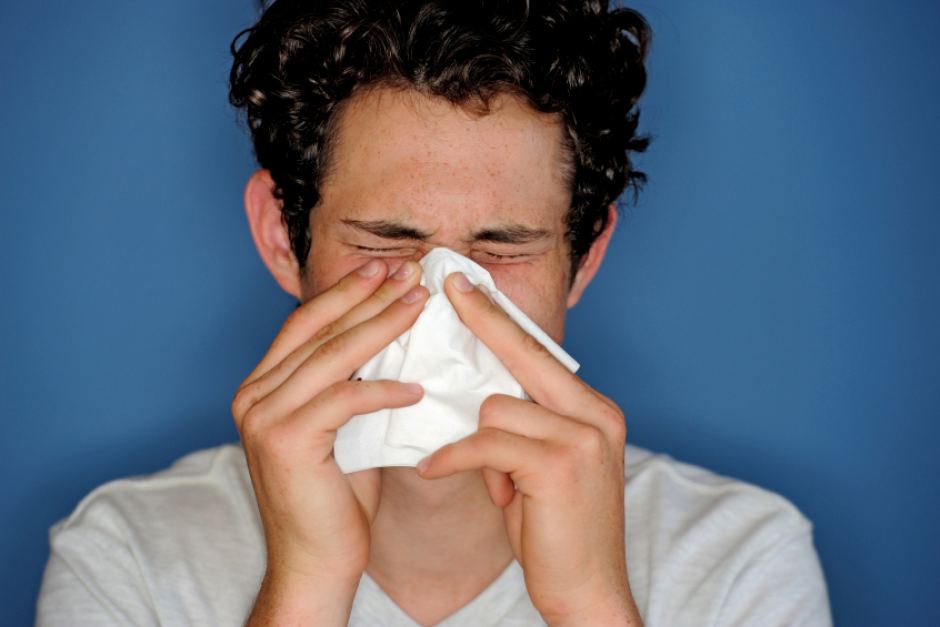 Colds and flus: When do you need to see a doctor?

When you're stuck in bed with a raging head cold there's only so many hours of daytime television you can watch before a visit to the doctor begins to feel like the only option left.

Seeing your GP can buy you extra time at home to recover, ensuring you don't share your bug around. Your doctor can also give you peace of mind that your cough will pass and some advice on how best to relieve your symptoms.

But you may end up with unnecessary antibiotics.

Research by NPS Medicinewise suggests one in five people who visit their doctor for viruses like a cold or flu expect to be prescribed antibiotics.

The study also found that 57 per cent of GPs will prescribe antibiotics for an upper respiratory tract infection — just to meet these patient expectations.

If you have a couple of days of antibiotics, you think that's why you're better ... But the truth is you're better because you're going to be anyway.

Audits of Australian antibiotic use have found that between 30 and 50 per cent of prescriptions are unnecessary, not consistent with guidelines or incorrectly prescribed.

This is an issue because taking antibiotics when you don't need them can create drug-resistant bugs, which are bad for your own body and can be spread to your loved ones.

It also contributes to the problem of antibiotic-resistant bugs in the broader community, and potentially leads to the creation of "superbugs" that are very hard to fight.

The first thing to understand is that antibiotics will not help treat a viral infection — and colds are caused by viruses.

When is medical attention important?

Dr Jeannie Yoo, a general practitioner and medical advisor for NPS Medicinewise, said for most cases of a cold you don't need to see a doctor.

"For the average, normally well person, with just ordinary symptoms of cold ... in the first instance it's not helpful for them to see a GP," she said.

However, those who have very severe symptoms or are vulnerable to complications should see a doctor more quickly.

"The situations where it is important to go and see a doctor, is where either the symptoms are very severe or prolonged or unusual," Dr Yoo said.

"Or in some cases, there are patients who are more vulnerable to complication. So if you're someone for example who has a suppressed immune system, or you have a chronic respiratory condition, a lung condition, or some other reason why you're more at risk of developing complications.

"Then that type of person should go and see their GP more quickly."

So antibiotics will do nothing to ease the symptoms or shorten the duration of a cold, or even the flu.

The average adult gets between two and four colds per year, while a child is likely to have five to 10.

Dr Jeannie Yoo, a general practitioner (GP) and medical adviser for NPS Medicinewise, said the vast majority of symptoms you experience when you get a cold are due to a viral infection.

"It's something that your immune system will be able to deal with and you'll get better as a matter of course," she said.

Antibiotics should only be prescribed for serious bacterial infections. But telling the difference between a bacterial and a viral infection can be difficult, even for a doctor.

Dr Jas Saini, a GP from the western suburbs of Sydney, said there were some tell tale signs — particularly with upper respiratory tract illnesses.

"It requires keeping an eye on how you are feeling and how quickly you are recovering," she said.

"Bacterial infections can come on quite quickly and hit quite hard, but they usually stay localised to one place.

"On the other hand, viral infections tend to come on more slowly with a single symptom and progress to other symptoms. They may start with a sore throat then develop into a dry cough that evolves to a chesty cough [where there's phlegm or mucous]. Some people may get more widespread symptoms such as diarrhoea."

Not all bacteria need antibiotics

Professor Lyn Gilbert, an infectious disease expert and microbiologist from the University of Sydney, said it was also important to understand that a healthy human body can clear a mild bacterial infection, without the help of antibiotics.

She said often people think antibiotics are helping their cold and flu symptoms, but they're really doing nothing at all.

"If you have a couple of days of antibiotics, you think that's why you're better," she said.

"But the truth is you're better because you're going to be anyway."

Another reason to use antibiotics cautiously is that most have potential side effects.

"People tend to think antibiotics are safe, it's not going to do me any harm, so I'll just take them just in case. And sometimes the doctor thinks that. But the truth is that antibiotics do have side effects," Professor Gilbert said.

Side effects from antibiotics include the creation of antibiotic resistant organisms in your system, and depending on what drugs you're taking, stomach upsets, diarrhoea, thrush and allergic reactions.

The most common are thrush and diarrhoea, which affect between one and 10 in every 100 people, according to NPS Medicinewise.

Talking antibiotics with your doctor

According to Dr Yoo, ideally antibiotics should only be prescribed in situations where there is a high likelihood they will make a difference.

Questions for your doctor:

Do I really need antibiotics?

They really going to make a difference in this situation?

By how long will taking antibiotics reduce my illness?

Am I going to get better anyway?

"[But] doctors and GPs are sensitive to and aware of the kind of expectations and demands of patients, and so they will respond to that," she said.

So it's worth keeping a few things in mind when you talk to your doctor about a cold or any other infection.

"I think that it is important that patients don't go into the consultation with this strong expectation that they will be prescribed an antibiotic, so it's sort of a two-way thing," Dr Yoo said.

She said if a patient was unsure, it was perfectly reasonable to expressly state to the doctor "I don't want antibiotics unless I need them".

"It is really helpful if a patient is able to say that upfront ... It does provide that opportunity, I think, for that more open discussion [of] 'is this really going to make a difference?'," she said.

"Antibiotic resistance is going to be an ongoing issue and it's an inevitable outcome of the widespread use of antibiotics. So we all have to play our part I think in trying to address the issue."