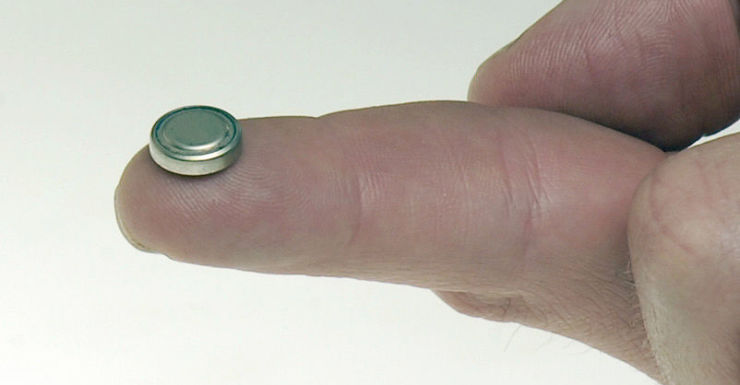 Local trends come to light that bucks the trend of an emerging national epidemic of young kids swallowing button batteries with the Caboolture Hospital Media Liaison John Walters reporting only one case of doctor intervention in the past year.

With a national trend of 20 button battery interventions by doctors at hospitals for young kids ingesting these lethal devices has sparked a Public campaign launched to save thousands of toddlers from battery injuries.

Consumer advocates are escalating their public campaign for tighter regulation of button batteries amid rising concern that thousands of Australian toddlers have suffered permanent throat and stomach injuries.

The federal government’s product safety regulator claims that more than 1000 children are hospitalised each year after they swallow the miniature batteries that look like 10 cent coins.

In most cases, toddlers who swallow the batteries suffer severe organ injuries from chemical reactions. But two children were killed in the last year, including a 14-month old baby in Victoria, Isabella Rees.

Since Isabella’s death 16 months ago, her mother Allison Rees has led a public campaign to force manufacturers to install screw-tightened battery compartments on all children’s toys and household devices.

“I have anxiety attacks every time I see these batteries within reach of children,” Ms Rees said.

“It was devastating for our family after what happened to our beautiful baby daughter and I don’t want it to happen to another family’s child.”

Ms Rees said Isabella passed away 19 days after she began showing symptoms of a reaction to the battery that had lodged in her oesophagus.

The big problem was that Ms Rees had not seen her daughter swallow the battery, so the cause of Isabella’s vomiting and high blood pressure went undiagnosed for too long.

Kidsafe Queensland is part of the national Kids Safe child accident prevention foundation of Australia which aims to - Making a Safer World for Kids for over 30 years! has education campaigns to ensure a safe world for our kids

Kidsafe Qld CEO Susan Teerds said that swallowing button batteries often occurs with children under the age of five, however there have been cases involving children up to the age of 12.

“Button batteries present a problem whether they are ingested or inserted in an ear or nose; wherever they have prolonged local contact with the body,” Ms Teerds said.

“Damage occurs when the battery charge generates a chemical reaction that causes a localised caustic injury. “

It is vital to detect a swallowed battery as soon as possible because of the nature of the threat involved - they can be fatal.

“While most other ingested foreign objects will pass through the gastrointestinal tract without causing any concerns, button batteries, depending on their size, have a tendency to lodge in the oesophagus (food pipe).

“Once stuck, damage starts to occur after one to two hours.

“If the ingestion is not recognised, the battery can erode through into vital organs, causing catastrophic damage and sometimes death.”

If parents believe their child has swallowed a battery, they must call the 24 hour Poisons Information Centre on 13 11 26 for fast expert advice. Do not give any food or water.

Symptoms of swallowing a button battery may include:

not eating hard food, or

CHOICE, Australia’s peak consumer advocate, has joined forces with Kidsafe Queensland and national lobby group The Parenthood to get the federal government to protect children from the batteries.

“Button batteries are powerful, slim and light but they can also be lethal. It is vital that the federal government acts to reduce the number of children ending up in emergency departments across the country having swallowed a button battery,” CHOICE spokesman Tom Godfrey said.

“We are calling on the federal government to tighten the law around the sale of button batteries to ensure they are screwed in place and sold in child resistant packaging in a bid to arrest the alarming number of hospitalisations.

“At the moment only toys designed for children under three years of age are required by law to have secure battery compartments, which means that other everyday household items have no mandatory safety standards.”

Kidsafe Qld CEO Susan Teerds said that swallowing button batteries often occurs with children under the age of five, however there have been cases involving children up to the age of 12.

“While most other ingested foreign objects will pass through the gastrointestinal tract without causing any concerns, button batteries, depending on their size, have a tendency to lodge in the oesophagus [food pipe],” Ms Teerds said.

“Once stuck, damage starts to occur after one to two hours.

“If the ingestion is not recognised, the battery can erode through into vital organs, causing catastrophic damage and sometimes death.”

• Examine devices and make sure the battery compartment is secure.
• Keep coin-sized button batteries and devices out of sight and out of reach (as poisons and medications).
• Dispose of old button batteries immediately and safely.
• If swallowing or insertion of a button battery is suspected, call the National Poisons Information Centre on 13 11 26.
• Tell others about this threat and share these steps.

For more information about protecting your children against button batteries, visit the CHOICE website here