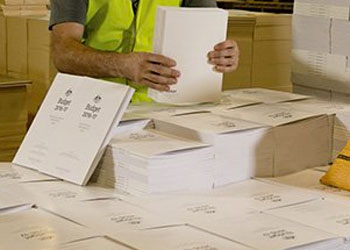 The Treasurer Scott Morrison will deliver his Federal Budget for 2016 to Parliament and the nation at 7:30 pm, until then here is what we know this afternoon, what is left in the budget papers may be only the detail by the sounds of it.

* There won’t be a fistful of dollars as the government lives up to its promise of living within its means.

* Prudence, fairness and responsibility will be the catchwords.

* Measures will be included to boost jobs and growth as the economy transitions from the mining investment boom.

* The much-touted tax reform package will be included.

WHAT WON’T BE THERE

* Changes to tax breaks for property investors, aka negative gearing.

* A rise in the rate of GST, or broadening the revenue base.

WHAT WILL BE THERE

* A reduction in the overall tax burden.

* Confirmation the budget repair levy on high-income earners will end on July 1, 2017.

* $5 billion over four years for a subsidised public dental scheme.

* $1.2 billion extra from 2018 for schools aimed at literacy and numeracy checks.

* $118 million over two years to support disabled children in schools.

* $1.7 billion for the Sydney Metro project.

* $167.3 million for a regional road freight corridor in NSW. * $98.4 million to increase the capacity of Sydney’s rail network.

* Timetable for phased-in cut to the company tax rate for large businesses.

* Company tax cut to 27.5 per cent for small and medium size businesses up to threshold of $10 million turnover from July 1.

* Further crackdown on multinational tax dodgers, including a so-called `Google tax’ and a new unit within the Australian Taxation Office will be given more resources.

* Help for women to get back into workforce, including multi-million re-skilling package, tax incentives to start their own businesses and help to build nest egg while caring for children.

* Australians earning more than $250,000 a year are in line to have the tax on superannuation contributions doubled.

* Paring back superannuation tax concessions for high-income earners by lowering the 30 per cent tax on concessional contributions to $180,000 from $300,000, and helping those on low incomes.

* Incentives for state governments to get private sector involved in road, rail and port projects, and unlock land for housing.

* $1 billion for military role in Afghanistan, Iraq and Middle East, plus $1.4 billion in new defence spending.

WHAT THE ECONOMY IS DOING

* Growing at its fastest pace in two years.

* A benign inflation outlook has turned to deflation risking an interest rate cut; unemployment rate remains close to six per cent; wages growth at its slowest in almost two decades.

* Iron ore prices touched $US70 ($A92) per tonne in recent weeks compared to $US39 assumed in the mid-year budget review, a positive for national income.