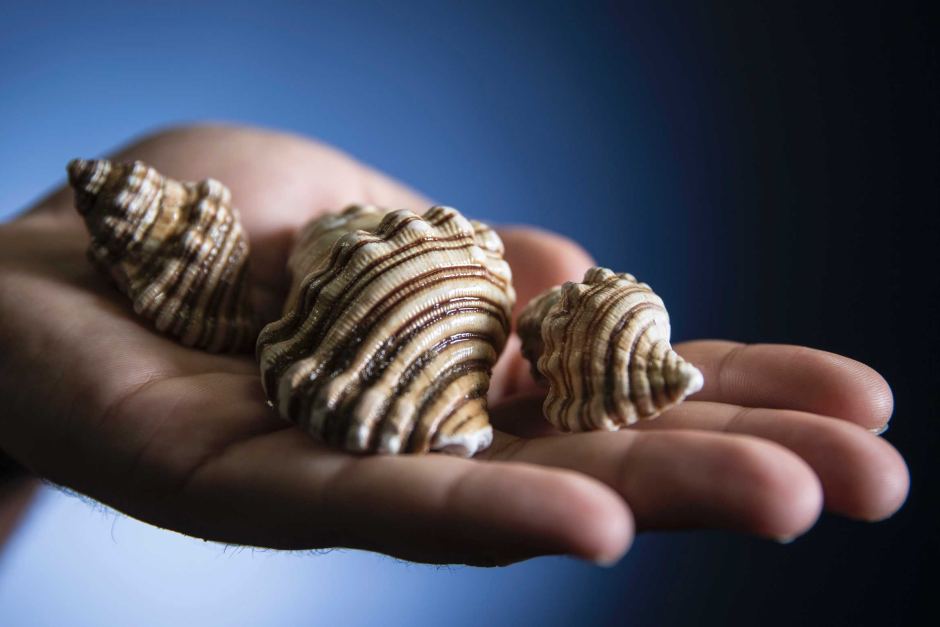 Chemicals from the humble sea snail found along Australia's east coast are proving incredibly powerful in the fight against cancer, according to new research.

They have enhanced the chemical's potency 1000 times

The molecules found in the eggs of White Rock sea snails are not only tackling normal cancer cells, they have proved potent killers of chemotherapy-resistant lymphomas and uterine sarcomas, researchers say.

Researchers from the University of Wollongong (UW) believe the class of molecules will also be effective in fighting breast, prostate and colorectal cancers.

"When we compared that to a clinically used anti-cancer drug Doxorubicin, we found that that drug could only effectively kill 10 per cent of those cells," Dr Perrow said.

Drug resistance is one of the biggest problems facing scientists - particularly when it comes to chemotherapy.

"So when a patient comes in and is administered a chemotherapeutic drug they may initially respond to that treatment but over time the development of multi-drug resistance means that that patient eventually will relapse with the disease," Dr Perrow said.

Dr Perrow believes the snails could be used in the fight against various cancers. (Supplied: University of Wollongong)

This means scientists are forever on the hunt in new environments and creatures for chemical compounds and drugs to fight drug resistance.

"By looking at the ocean and marine molluscs and we've been lucky enough to find a hit compound there," Dr Perrow said.

In 2002, in collaboration with Southern Cross University, scientists discovered that the White Rock snail egg formula had surprising medicinal properties.

"They can't run away from predators, they can't run after their prey, and so many of them use chemical communication and defence to a lot greater extent than larger organisms," UW medicinal chemist Danielle Skropeta said.

"They're essentially little chemical factories - like powerhouses of chemical production."

But only recently — and with the help of colleagues in the chemistry department — scientists discovered they could target chemo-resistant cancers.

"The problem is particularly that cancer cells have these pumps present in their cells and cell membrane and these pumps... they can actually pump out compounds from within the cell like an anticancer drug and hence make that drug ineffective," UW Emeritus Professor John Bremner said.

"So it makes the cell resistant to that drug and that's a really big problem."

GIF: The snails are found along Australia's east coast

By incrementally tweaking the sea snail's chemical compounds, scientists found the right mix to target drug resistance within the cancers.

The next step is making sure the molecules are safe for injection into humans.

"We are looking at putting them into nanoparticles so they become non-toxic and safe for injection," Dr Perrow said.

"It could be five to 10 years before the drugs are available for use, but it would depend on funding and the success of the drugs eventually in human trials."