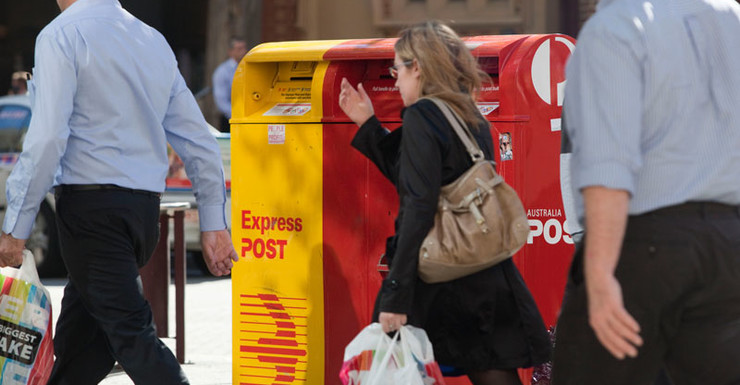 Under new plan, consumers will get a few more days to pick up – but at a price.

Australians could pay up to $9 to retrieve unclaimed parcels under a new plan proposed by Australia Post.

The national postal service announced on Monday that parcels would be stored up to 30 days under new changes to be implemented from August 1.

It was a 20-day extension on the current policy, which saw them held for 10 days without charge before being returned to sender.

A fee of $3 would be charged on collection after five days, with $3 added for each week the package was unclaimed.

“Most customers want to pick up their parcel quickly, with 92 per cent of parcels collected within five days,” Australia Post said in a statement.

“We believe this service will help the small amount of customers who can’t collect their parcel straight away.”

MyPost customers would get 10 days free before paying a fee.

“The whole idea of it was we did some market research with our customers and our customers said they wanted the increased convenience and choice of being able to extend the amount of time a parcel is held,” Ms Corbett told 3AW.

“We asked [if they would pay a nominal fee] specifically.”

She said it would only affect 8 per cent of customers and was not an attempt to raise revenue.

“It is a nominal amount of revenue … it is purely in response to what the customers have said,” Ms Corbett said.

“You are talking probably only a couple of million dollars over the next few years.”

The mail delivery service has previously hiked fees to make up for lost revenue.

A drop in traditional letter volumes saw the price of standard letter delivery increased from 70¢ to $1 in January and parcel delivery pushed out two days.

A spokeswoman for the Communication Workers Union said the new pricing system was likely to cause confusion and frustration.

“We’re concerned that the community is being gouged for more money when already their letters have doubled in price and halved in the quality of service so we’re very concerned about it,” Joan Doyle told the ABC.

“We think it’s outrageous that they’ve introduced fees for people to pick up their parcels and we foresee that there will be a lot of fights about whether people got a card in the first place.

“Whether they were at home when the postie or the parcel driver went past and how long the parcel has been waiting.”

In February, the company announced a net profit before tax of $1.4 million for the second half of 2015 and expected to return to a full year profit in 2016, after a $222 million loss last year.