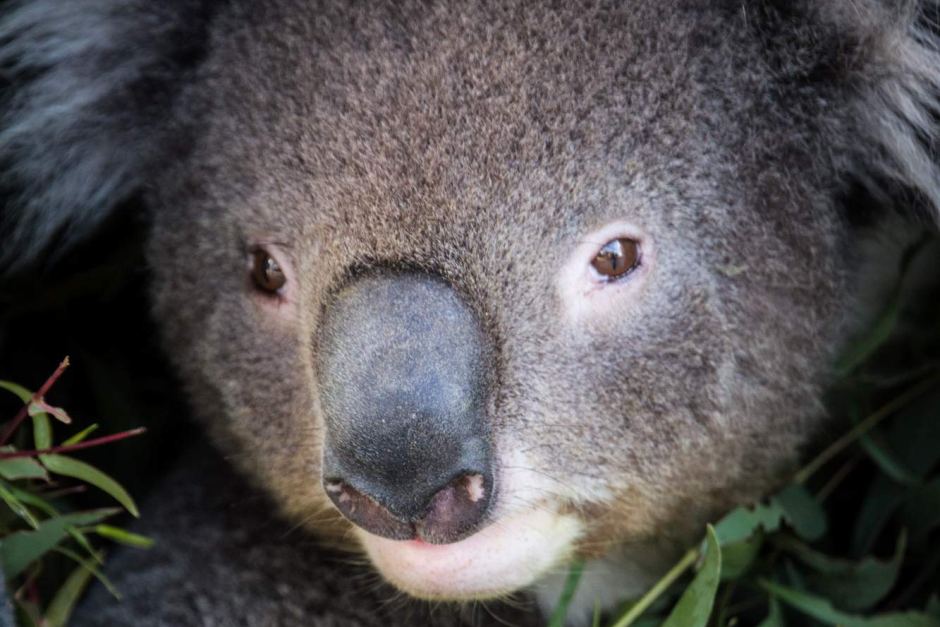 Huge swathes of one of Australia's biggest and most important koala populations are "effectively extinct", a report has found.

In the Moreton Bay Region the figure of chronic decimation in numbers of one of Australia's iconic Koala population has since 1996 reduced by 54.3%.

While that figure alone is high it is even worse in Brisbane, Redlands and Logan where numbers have plummeted by 80%.

New figures obtained by the ABC show a catastrophic population crash in the past 20 years in south-east Queensland's Koala Coast and Pine Rivers regions.

More than 80 per cent of the koala population has disappeared on the Koala Coast, in and around Brisbane, since 1996, the report found.

It also found more than 50 per cent had disappeared in the Moreton Bay Region north of Brisbane during the same period.

"There are already a number of areas in which koalas [on the Koala Coast] ... are at such low densities that they are effectively extinct," the report said.

"It appears the loss of koalas from many sites there is imminent."

Koala protection 'may need to be prioritised'

"There may be some tough decisions we need to make about where we prioritise the protection of koalas," he said.

Professor Rhodes suggested authorities might need to concentrate on saving animals that still have a chance, such as those in regional areas.

"If there are populations we really cannot do anything about, we should acknowledge that and focus on the populations where we can have success," he said.

The report has warned there was evidence the population was shrinking faster over time and the "declines may well be indicative of patterns of population decline more broadly" across the state's south-east.

Nine months after receiving the report, State Environment Minister Steven Miles has flagged a plan to establish an expert panel to point policy in the right direction.

"I think it's time for an honest conversation with policymakers but also the public about what we think it will take to protect koalas," he said.

"The alternative is doing what other governments have done, proclaim a solution then realise it's not working.

"We need to determine some new action and it's very much our intention to begin that in months not years."

"We've got the koala as a mascot for the Commonwealth Games but here it is, nearly extinct in south-east Queensland - that's a disgrace," he said.

He said establishing an expert panel was a step in the right direction, but said urgent action was needed.

"The koalas are disappearing as we speak. We need not just more analysis - we need stronger laws to stop the bulldozers."