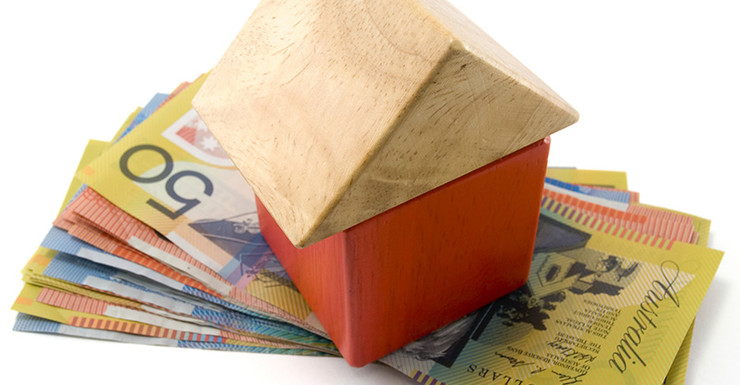 What middle men take from your mortgage

A booming property market sees hundreds of millions going into the pockets of bankers and mortgage brokers through commissions.

Every time someone takes on the average mortgage of $362,000, brokers and bankers are pocketing as much as $18,000 in commissions, industry sources have confirmed.

And for mortgage brokers, add to that a trailing commission of 0.17 per cent, and they are pocketing up to $605 per annum for every subsequent year that the loan is in existence.

This means banks and mortgage brokers are cashing in big time on the housing boom, receiving what could be as much as $100 million in commissions on the $33.5 billion lent to Australian property buyers every month. That amounts to a massive $1.2 billion in commissions every year.

Erin Turner, campaigns director with consumer group Choice, said “we’re inherently opposed to commissions – we think they lead to poor outcomes as we saw in relation to financial advice”.

“Choice did research with mortgage brokers in 2014, and while some provided excellent service, some suggested to people that they should borrow much more money than they went in for. Incentives drive behaviour,” Ms Turner said.

The push for commissions was behind multi-billion dollar financial collapses like Storm Financial and Timbercorp, where advisors made fortunes and investors lost life savings.

Banks are moving away from paying straight commissions to “collective incentives and targets” according to Martin North, principal at research group Digital Finance Analytics.

That change, underway for some years, is driven by regulatory action against financial planning scandals which has given commissions in the banking sector a bad name, Mr North says.

It leaves some banks still paying commissions similar to those charged by mortgage brokers and some spreading the same amount of cash across groups in lending departments. So whichever way your bank cuts it, your loan is hit by the same fees.

Even as the banks move away from direct commissions, the market is moving dramatically the other way.

Mortgage brokers, who now number 13,841, account for 52.6 per cent of the value of loans in the housing market, according to the Mortgage and Finance Association of Australia, (MFAA). Back in 2003 it was 25 per cent.

Martin North says the move is mostly driven by the fact that outsourcing mortgage sales is cheaper for the banks.

Independent mortgage broker Bernie Kuran, principal of Elite Mortgages, says “people are too busy these days to shop around for themselves” and brokers can get a better deal from lenders that individuals can.

“There are plenty of incentives from the banks when brokers initiate loans,” Mr Kuran said.

That rapid shift to mortgage brokers has accompanied a huge run up in housing debt since 2000 which now seems to be on the wane.

MFAA CEO Siobhan Hayden says brokers now must be registered by the Australian Securities and Investment Commission (ASIC) and the bar on professional qualification demands have been raised significantly.

The shift to mortgage brokers comes at a time when dissatisfaction with the banks is on the rise amid adverse publicity over financial scandals and calls by the Labor opposition for a royal commission into the sector.

The latest research from the Roy Morgan group shows that bank customers aren’t happy, particularly in the categories where mortgage brokers compete. Satisfaction with the ‘advisor/banker’ category declined in the March quarter to 80.9 per cent from 83.7 per cent a year earlier.

For those who walk into their local branch, satisfaction fell from 88.5 per cent to 84.9 per cent, meaning people are less likely to ask about a home loan at a branch, or deal with a bank advisor.

Banks did not return calls for comment on this story.