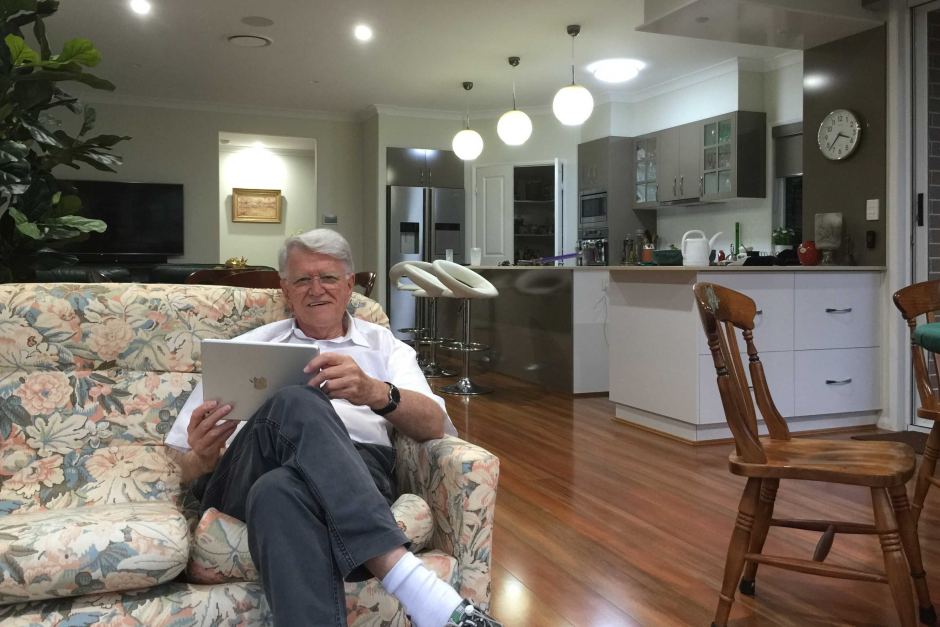 The property market has been slow to adapt to the increasing demand for smaller properties as the number of single-person households rises, an urban planning lecturer says.

University of Southern Queensland urban design and planning lecturer Marita Basson said some areas such as regional towns were still stuck in the mindset of four-bedroom homes with a backyard.

"I think developers are currently developing what the market wants, and the market seems to be slow to respond to changing trends," she said.

Ms Basson said single-person households were on the increase.

"And I cannot see that person being the person who would typically want the four-bedroom house on a thousand-square-metre block — and the same goes for the ageing population."

Lack of suitable property prompts retiree to build his own

Bruce Hinchliffe wanted to downsize when his wife died in 2012, and he looked for a smaller home to buy in Toowoomba, west of Brisbane.

He was 79 years old at the time and his needs were simple; he wanted a two-bedroom house on his own block of suburban land.

"Something that you can come home to and enter on one level and not have to take a lift up two, three, four, seven floors to get to it," he said.

Unable to find what he wanted, he decided to build his own.

Mr Hinchliffe's house is small — two bedrooms on one level with plenty of entertaining areas.

"I wanted to have a big entertainment area, an area that included dining, kitchen, living room and a couple of areas for lounge chairs and an extra table, besides a dining table for breakfast eating, especially for playing bridge," Mr Hinchliffe said.

"I've become a rather keen bridge player and this table just suits me and I can set it up in minutes.

"And I can still look out on the beautiful bush gardens."

Houses getting bigger but occupants are fewer

Australian Institute of Architects Queensland chapter president Bruce Wolfe said Australia had just taken over from the US when it came to having the largest homes, which was disproportionate to the number of people living in each house.

"Right now, most houses aren't really designed for the number of occupants that are actually staying there," he said.

I think more people should consider going smaller, from a cost and lifestyle point of view, and for the environmental impact.

"But we're a wealthy country so we tend to design our homes for maximum occupancy, so you can have visitors, your family and friends and all the other accoutrements that we have become used to."

Mr Wolfe said people were building to cover the entire block to maximise their return, but he said there were plenty of people who wanted to live in small homes on small blocks of land.

"There's a mismatch between what's provided in housing and what the needs of the community are, and it's because the family home is seen as a financial asset and people want to maximise their asset," he said.

Mr Wolfe said land price was a big factor in the affordability of small houses, which meant it was easier to achieve in regional areas because land prices closer to the city were not as high.

"People are more comfortable living alone, and I'd like to see more variety in single-person living and not just apartments," he said.

But is there a market for small dwellings, and will they hold their resale value?

Mr Hinchliffe says it was not easy being an owner-builder, but he was glad he did it. (Supplied)

Small dwellings will be attractive to the right market

"In my anecdotal experience, designing for seniors is not a particularly attractive area — but it is dynamic," he said.

"Affordability comes into play, though — you've got to consider the median house price in the area.

"If you get the formula right and price point right, small dwellings will be attractive to the right market."

He agreed most houses were oversized for our needs, but it was what people wanted.

"I think more people should consider going smaller, from a cost and lifestyle point of view, and for the environmental impact," he said.

Bruce Hinchliffe's small house has everything he needs, including room for two tables in the living room so he can play bridge. (ABC: Belinda Sanders)

Mr Hinchliffe is happy he did not wait for housing trends to catch up and instead decided to become an owner-builder.

He said he faced similar problems to most people who decided to build their own home.

"There were problems that cropped up with the fill and the slope of the land, the height of the retaining walls," he said.

"There were always problems to be overcome.

Mr Hinchliffe said he felt like a pioneer of his generation, building a home to fit his exact needs.

"I'm full of enthusiasm about having a home of my own, and having that satisfaction of having done it myself at the age of 80," he said.