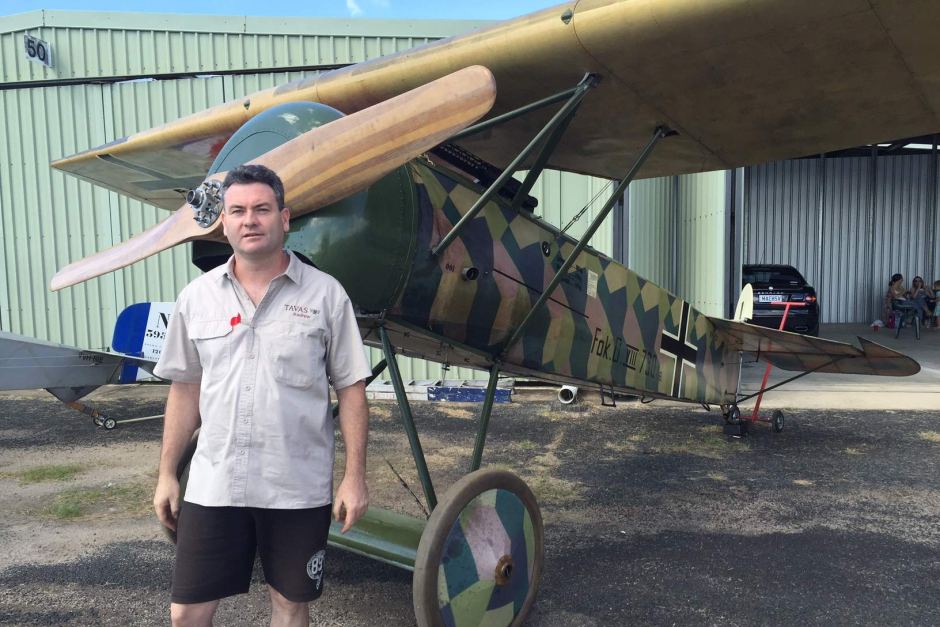 War planes have taken to the skies above Caboolture, north of Brisbane, to highlight the role of Australian aviators this Anzac Day long weekend.

Seven World War I planes went on show with aerial manoeuvres, complete with gunners standing up in the rear.

The event, hosted at the Caboolture Airfield by the Australian Vintage Aviation Society, wants to highlight Australia's little-known involvement in the air during WWI - providing eight and a half squadrons throughout the Middle East, the Western Front, and training squadrons in England.

"There are no original World War One planes still flying in Australia but one of the reproductions - the SE5a is powered by an original 1918 engine," he said.

"The entire engine turns with the propeller as it doesn't have a throttle. I just cut the power to some spark plugs to slow down and the only way to land is to cut the engine.

"It has a unique sound and smell because it burns castor oil the whole time.

"It gives you a much better understanding of what these poor guys went through, as I get to pick the weather when I fly in and I don't have people shooting at me."

Other attractions at the air show include a replica of the Red Baron's Fokker Dr I Triplane and the Fokker E111 Eindecker.

"It's one of only two accurate reproductions of that plane in the world and is priceless. It's the first true fighter plane" Mr Carter said.

The planes will be back in the air on Sunday, along with aircraft from WWII, the Korea, and Vietnam wars.

This event continues as the Great Vintage Fly In, to be held at the Caboolture Air Field on 24 April More details and how top get there.