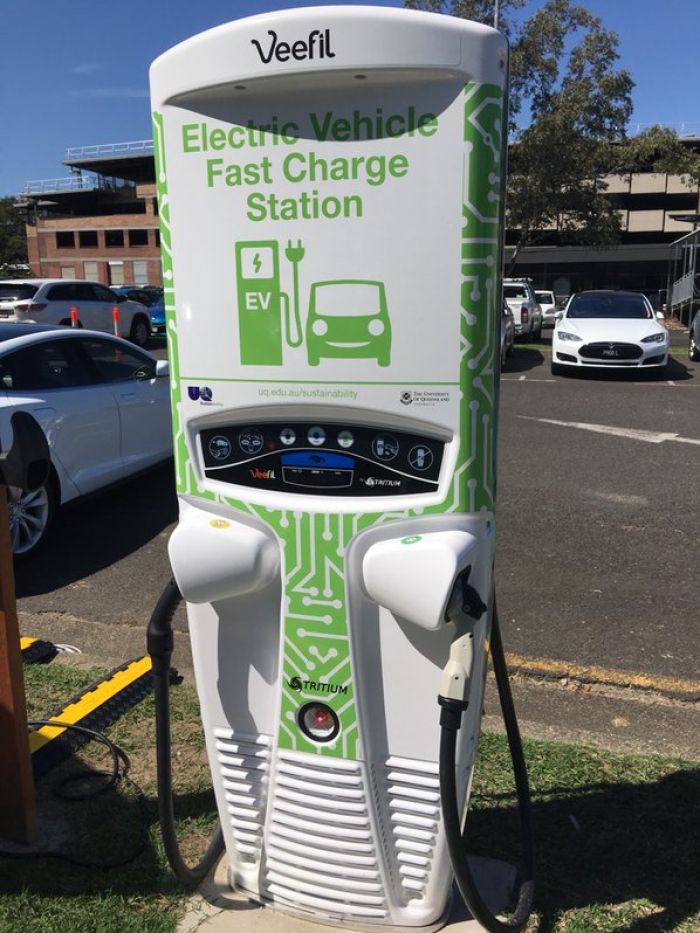 Queensland's first solar-powered electric vehicle chargers have been installed on campuses of the University of Queensland at St Lucia and Gatton.

They charge 10 times faster than a home charger and will be free for public use.

About 15 minutes of charging can provide a range of up to 70 kilometres.

UQ manager of Energy and Sustainability Andrew Wilson said it was a game changer.

"The first inter city charger in Queensland enabling long distance electric vehicle travel outside of the city," he said.

"Hopefully this is the start of an electric vehicle highway throughout the state."

Energy Minister Mark Bailey said sales of electric cars were currently slow, but said the Government would look into how it could develop the sector.

"It is a bit like the chicken before the egg," he said.

Tritium, which designed and built the Veefil charger in Brisbane, said the initiative would kick-start the electric vehicle revolution in Queensland.