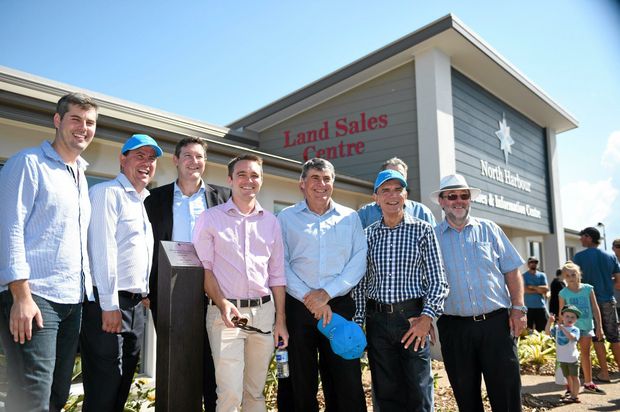 The 2150-home application is just one aspect of a three-part development, which includes an approved industrial area and a marina that is still yet to be approved by the State Government.

The overall project (including the marina) is forecast to create 27,150 jobs in the Moreton Bay region worth $52 billion to the local economy.

Project director Peter Lightbody said it was a relief to finally have the first residents move in last month.

“Ten years is a long time, but at the same time we have a much-improved working relationship with council.

“Any animosity that did exist is behind us now and we’re just focused on what’s in front of us.

“We’d rather not spend any more.

“We were just making our lawyers wealthy.”

Many of the development issues stemmed from the marina’s access points and dredging of the Caboolture River.

But the marina, which is pivotal to the overall development, is still in the application process with the State Government.

“(The marina) is sort of the core of the project from the economic and job creation perspective,” Mr Lightbody said.

“It’s significant for community focus, as a tourist destination and it’s critical for employment generation.”

One of the most attractive features of the development the fibre-to-the-premise internet connection which is faster than the National Broadband Network roll out.

Cr Sutherland said it was too early to call, but he is backing the marina to be approved.

“It’s probably too early for anyone to comment on whether the marina goes ahead, because it’s in the state approval process,” he said.

“The council is working on it with the government.

“Sooner or later they’ll open the door and get through those dredging issues and it should have clear passage from us.”