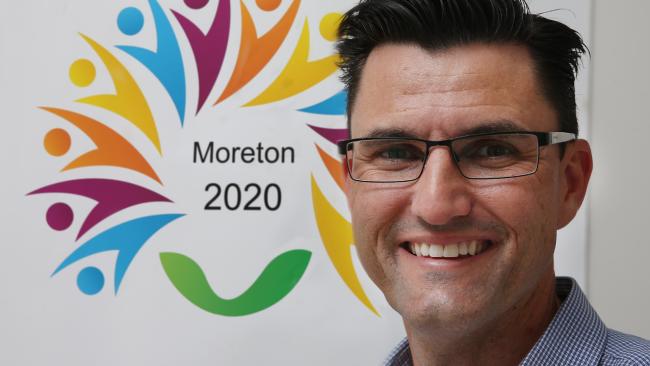 Three months before the March 19 Moreton Bay Regional Council elections no one had put their hand up for Mayor.

Four years out from the 2020 election Dean Teasdale declares he is running for Mayor.

The Mango Hill father of five, fulltime real estate agent and part-time law student has set up a Facebook Page to gather a team of 12 to stand beside him as the Moreton 2020 group.

“It is a big commitment but I think it is important to keep engaged with what is happening in our region,” Mr Teasdale said.

In this year’s Mayoral race he polled 18 per cent of the vote running second to Allan Sutherland with 51 per cent.

He said he had four people expressing interest in standing for a Division in 2020. None of them are failed candidates at this year’s poll.

Mr Teasdale said the Moreton 2020 group would hold fundraisers over the next few years but would not accept donations from developers.

“We will be holding public meetings and developing a constitution,” he said.

He has already commissioned a bright logo with representations of the 13 candidates for 2020 and their supporters.

Mr Teasdale said he would attend every co-ordination committee over the next four years.

“I am hoping the Mayor will welcome our community involvement,” Mr Teasdale said.

Allan Sutherland declined to comment “about the intentions of any candidate at the next council election.

“My focus is on delivering for our region and that’s what I have been elected to do right now,” the Mayor-elect said.

The central Facebook page of the new group is Moreton 2020 and the Division pages are styled Division-x-Moreton-Bay-Region.