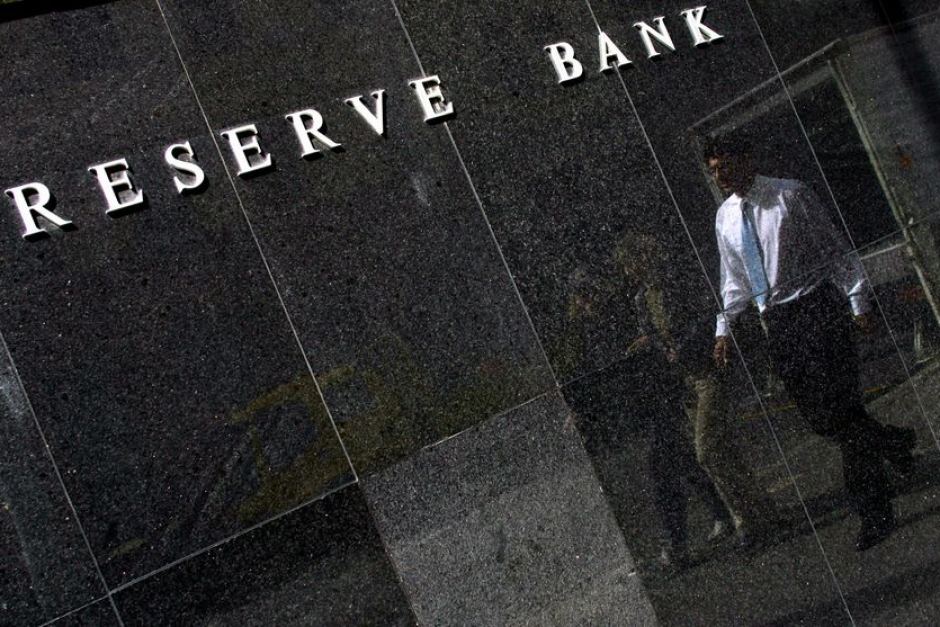 Finance week ahead: RBA to hold again, but pressure mounts

The big debate leading up to the Reserve Bank meeting this week is whether the meeting is "live" or not.

In central banking talk being live means there's a chance of change in official interest rates and in the RBA's case the only chance for change at the moment is a cut.

The market, as measured by the ASX RBA rate indicator, put that chance at around only 7 per cent at the close of business on Friday; so live, but only just.

Morgan Stanley's Daniel Blake said while a cut is not likely, a rising Australian dollar keeps the possibility live.

Over at Citi, Paul Brennan declared the meeting "not live" as it is too early for the RBA to judge whether the rising dollar needs to be knocked down a peg or two.

"It also is not obvious that cutting rates would lower the Australian dollar materially when commodity prices have risen and the Fed is offering more dovish guidance than was expected," Mr Brennan said

Part of the RBA's problem is its reputation as a "reluctant cutter" which has encouraged global players to chase the stronger yield in Australia rather than endure the negative rates in Europe and Japan, as well as pretty well zero rates in the US.

"But we think it would take levels above 78 cents — where the Australian dollar traded into the surprise February 2015 cut — to drive the board to cut on Tuesday," Mr Blake said.

The Morgan Stanley house view is still for another two cuts to a cash rate of 1.5 per cent, although the timing has been complicated by the early budget and policy uncertainty.

While the RBA operates independently of Canberra's machinations — or at least is supposed to — it wouldn't have escaped the board's notice that their May 3 meeting is now the warm up act for the "election" budget to be released later in the evening.

Mr Blake noted the potential early double-dissolution election in July would also diminish the "signalling benefits" of a cut at either of the June or July meetings as well.

On one hand, low inflation and the regulatory crackdown on investor mortgage lending — which appears to have taken some heat out of the property market — offer some scope for a cut.

On the other hand, domestic data has not been deteriorating, so if the RBA didn't cut before why now?

The upshot is likely to be that the RBA will keep the cash rate on hold at a record low of 2 per cent where it's been since May last year.

There is plenty of grist for the domestic data mill this week.

Retail sales (Monday) should see a moderate rise of around 0.4 per cent in February, buoyed by improved consumer sentiment, employment staying strong and an extra day's trading thanks to the 2016 leap year.

Building approvals (Monday) are always a bit of a lottery, but given they fell by 7.5 per cent in January, the punditry is tipping a mild recovery in February.

The trade balance (Tuesday) is likely to be a shocker, but there's nothing new there.

It has been deeply in deficit for almost two years.

Last month there was a bit of an improvement, narrowing to a still eye-watering $2.9 billion.

The forecasts range for a February deficit somewhere between $2 billion and $3 billion, with an increase in iron ore and coal shipments and increased commodity prices helping narrow things again.

Overseas, the US Federal Reserve's rate setting committee will publish the minutes from its March meeting (Wednesday) where rates were left on hold, but the trajectory of future hikes was lowered.

Given Fed chair Janet Yellen issued a detailed statement and gave a media conference after the meeting, there shouldn't be too much in the minutes that surprise.

They are expected to show a Fed still reasonably confident in the domestic economy, but fears about the global economy are being given more weight than full employment and 2 per cent inflation in the see-sawing debate on US rates.

China will churn out another trade surplus (Friday) — forecast to be around $US40 billion — but as always it is the composition that is important.

The February data was horrible with exports and imports collapsing down 25 per cent and 14 per cent respectively, pointing to both deteriorating external and domestic demand.

A stronger March from the badly beaten up manufacturers, with growth in new orders and output, may see an improvement in the underlying drivers of China's trade balance this month.

The belief that China's cooling may not become a permafrost and another solid set of US employment numbers — 215,000 jobs added last month — helped Wall St end the week on a positive note, with key indices up around 0.6 per cent at Friday's close.

That may pave the way for a positive opening on local markets, although the current gloom with banks and their bad debt charges looks like hanging around for some time yet.