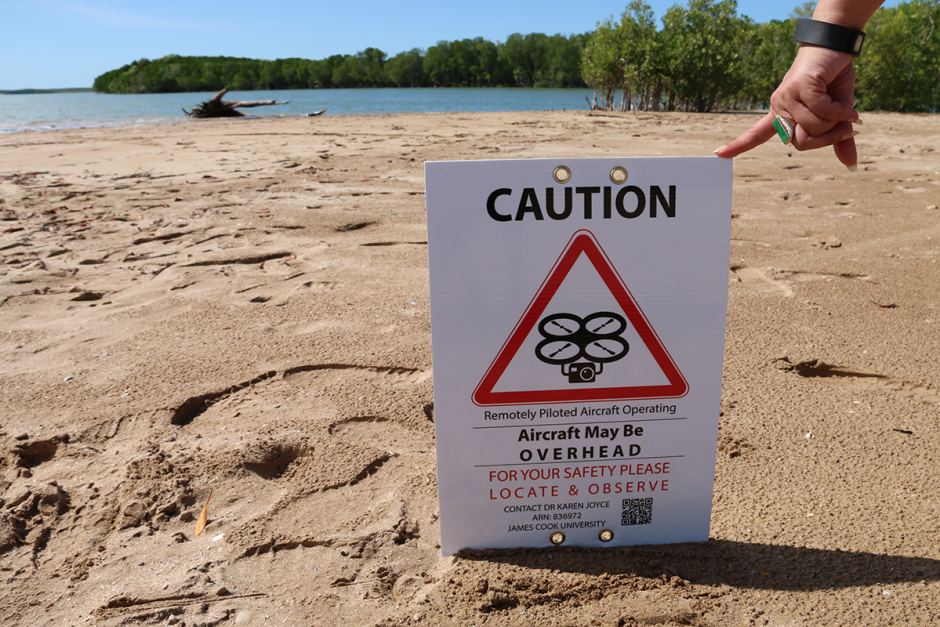 Businesses that rely on remotely piloted aircraft have welcomed moves by the aviation watchdog to relax regulations.

The Civil Aviation Safety Authority (CASA) has said a "booming" drone industry had prompted it to reconsider regulations for commercial users.

This will mean people remotely piloting drones weighing under two kilograms will no longer need a remote pilot licence or a range of other approvals.

Camille Fong Lim, manager with Darwin-based technology company SRA, said the pace of change in the drone industry was rapid.

"It is a fast moving, fast-paced environment and as an IT company we're always fast moving but this is much faster than I've ever seen in my 30 years in IT," Ms Fong Lim said.

Dr Karen Joyce, a researcher at James Cook University who uses drones for her research, agreed.

"A system I decided I wanted to buy about six months ago is already out of date," she said.

"If you're placing orders on these types of craft, by the time you actually receive them they've been superseded already."

Like in many emerging sectors, the law is struggling to keep up with technology that is advancing at breakneck speed.

Companies looking to grow in the booming drone market have welcomed CASA's changes, but said some regulations were necessary.

Dr Joyce said the new laws were an "exciting" development, as long as pilots followed safety regulations and precautions.

"[They] go to places and locations that we just can't get to," he said.

Mr Rowe said drones were used for a range of monitoring activities around the world from gathering environmental data at mine sites to the surveillance of illegal logging.

He said the value of the technology was the ability to collect a rich data set which could be crunched and packaged for commercial clients.

Ms Fong Lim said the company was working with emergency services to develop the use of drones for search and rescue operations.

"With such a large area to search, it's quite difficult to do that for long periods of time in helicopters," she said.

"Helicopters cost an extraordinary amount of money to have in the air so UAVs and drones we believe will be a cheaper option for them, but also the ability to do grid searching on them."

Mr Rowe said the next big advances in the drone industry would be in the software programs driving the machines, which could broaden the possibilities of how they are used.