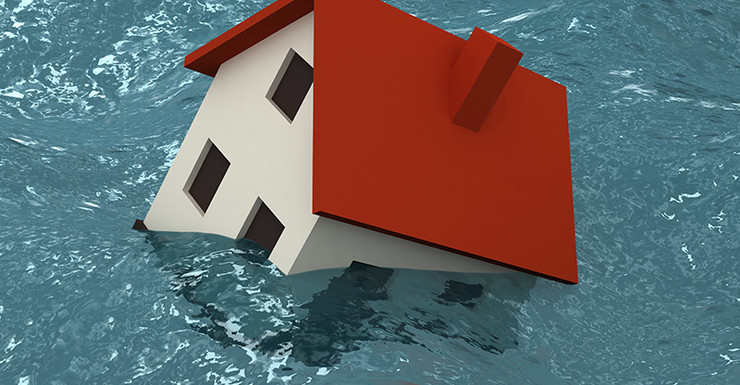 Bad news for home owners – the bust may have begun

Suggesting prices will always rise appears to be false, in real terms at least.

Australia’s love affair with housing is said to be unquenchable. We have long been conditioned to believe houses are always a sound investment, prices always go up and those who warn of a bubble are doomsayers or fools.

However, what if I told you that outside of Sydney and Melbourne the bubble had already burst? Or at the very least, the slide was well under way?

Despite historically low interest rates and unprecedented investor demand, house prices outside of Australia’s two biggest cities have already fallen below their peak.

The following graph, which shows how real house prices have changed compared to their earlier peak, paints a very different picture of the Australian housing market to the one you may be familiar with.

Adjusted for inflation, property has proven as fallible as any other asset class over the past decade.

More importantly, it shows there is no such thing as an Australian housing market. It is quite possible for one city, let’s say Sydney, to boom while prices in another city, this time Perth, tumble.

These very separate markets often bear little resemblance to one another. House price growth can differ significantly not just from city to city but also from suburb to suburb.

Real house prices in Perth currently sit 10 per cent below their peak in the March quarter 2007. In other words, once we account for inflation, house prices today are lower in Perth than they were a decade ago. Prices have fallen even sharper in the regions most affected by the fall in mining investment and commodity prices.

By comparison, real house prices in Brisbane are lower today than they were almost eight years ago. Prices in Adelaide and Hobart are also below their level five years ago.

Australians may love property but they cannot defy their personal circumstances forever. Australia’s ‘income recession’ has left little to go around and rampant price growth in Sydney and Melbourne has naturally led to weaker prices elsewhere.

What is interesting about this housing downturn, as opposed to downturns beginning in 2008 and 2010, is that low interest rates have been insufficient to boost prices. At best they have merely stemmed the bleeding.

Persistently low interest rates are commonly cited as the main reason to be optimistic about dwelling prices. It is one of the major reasons why house prices are so high today compared with the 1980s and 1990s.

Further interest rate cuts are not out of the question and it is distinctly possible the cash rate will never return to 4 or 5 per cent. But the Reserve Bank doesn’t set the rate in a vacuum. Low interest rates reflect underlying weakness across the broader economy and the relationship between savers and investors.

According to the Australian Financial Review, some apartments in central Melbourne are being resold at 30 per cent below their off-the-plan purchase price.

There is a clear risk of oversupply across inner-city Melbourne and a lesser risk associated with Sydney. Nevertheless, it is too soon to say whether one or both cities will join the rest of Australia on a path towards lower prices.

Saying the bubble has burst is perhaps a little pre-emptive but this weaker trend cannot easily be ignored. The main factors driving it, lacklustre wages and soft employment growth, are firmly entrenched and are likely to persist for a number of years.

The good news, though, is that most cities are taking this adjustment in their stride and in doing so are actively reducing the risks associated with Australia’s $5.9 billion property market. A gradual decline in house prices is more than manageable and vastly preferable to a decline driven by excessive leverage and speculation.