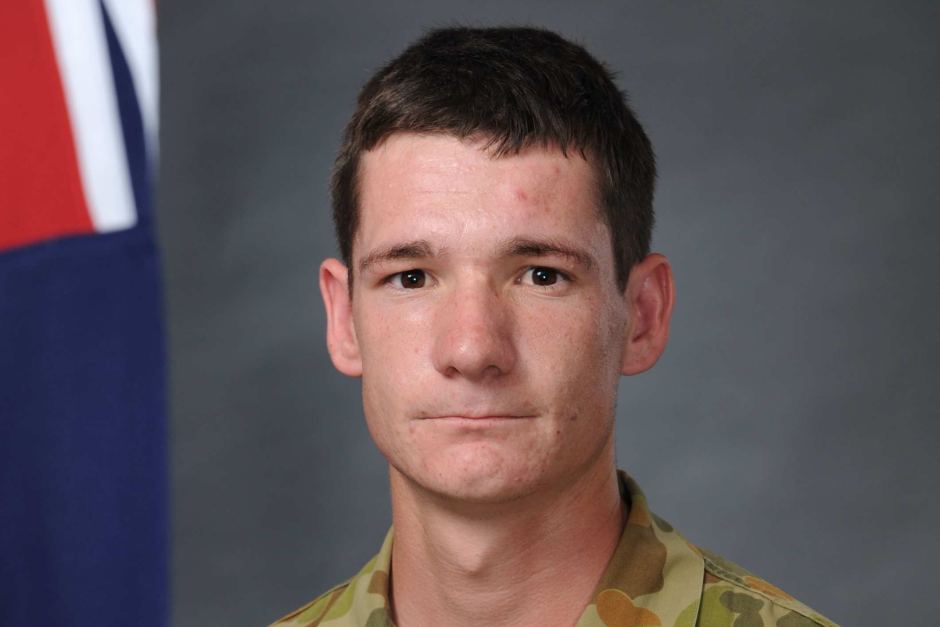 This Anzac Day, war veteran support groups are urging Australians to remember not only those who died in combat, but the growing number of soldiers taking their lives on home soil.

In the past 20 years, more serving and retired Australian soldiers committed suicide than those who died on the battlefield.

Many of the suicides, including at least 13 this year, are due to post-traumatic stress disorder.

Former Queensland-based Private Shaun Jenkins, 24, was one of the most recent victims.

Despite undergoing counselling, the veteran died one month after spending the Christmas holidays with his family in Toowoomba, west of Brisbane, on January 31.

His mother Sue Jenkins said his deployment to Afghanistan for seven months changed him.

It would take him four to five hours to get to sleep, and when he finally did it was interrupted by nightmares," she said.

If you or someone you know needs help, call:

"He was a lot more quiet, a lot more distant, a little bit moody. I knew something wasn't right."

Ms Jenkins said the once fun-loving sports fanatic was diagnosed with PTSD in August 2015.

Although he saw a counsellor, Mrs Jenkins found out after her son's death that he did not open up too much.

She believed soldiers needed to be better prepared for the realities of war.

"We're losing five times the amount of people taking their own lives than what we are in active service, so that just to me speaks volumes," Ms Jenkins said.

Brisbane-based psychiatrist, Dr Andrew Khoo, said a quarter of returning soldiers were diagnosed with the disorder.

He said the earlier it is diagnosed, the better the chance of rehabilitation.

While the Federal Government offered free, unlimited counselling services to servicemen and women and their families for the past decade, Vietnam Veterans Association Queensland secretary Darryl Shipp said the support was needed sooner.

He said the trauma he and his comrades suffered 45 years ago had affected the next generation.

"[The Defence Force] spend so many years training us to be instinctive — to either kill or obey orders — they forgot to de-train us to go back into civilian life and that's where a lot of problems start," Mr Shipp said.

Feeling devoid of emotion when he returned home, he said he fell apart and never properly bonded with his two sons.

"Most of the time I was kind of numb," he said.

His youngest son Daniel said his father was emotionally absent and he struggled to control his anger, becoming physical.

The men are now being treated for a derivative form of PTSD.

"It's something which I wished I'd pinned down earlier and I could've got treatment earlier," Daniel said.

"Neither of us actually blame him [father] for that.

"It was outside his control. But it's something which is possibly going to keep flowing on as well."

Dave Morgan, who published a book about his Vietnam war experience. (Supplied: Morgan)

Dave Morgan, who published a book about his Vietnam war experience, said PTSD had strained his marriage and impacted his children.

"As a father I became over-protective with my children," he said.

"They went out into the big wide world and they struggled."

Dr Andrew Khoo said despite the military's acknowledgement of PTSD, the stigma of weakness and the fear of being discharged were preventing another generation of soldiers seeking help.

"Just because you've had PTSD doesn't mean you're useless and you are ... now 'un-rehabilitatable'," he said.

The defence department denied it discriminated against those with PTSD and said it agreed it was treatable.

It said a range of initiatives had been introduced to increase awareness, and to encourage them to seek help as early as possible.