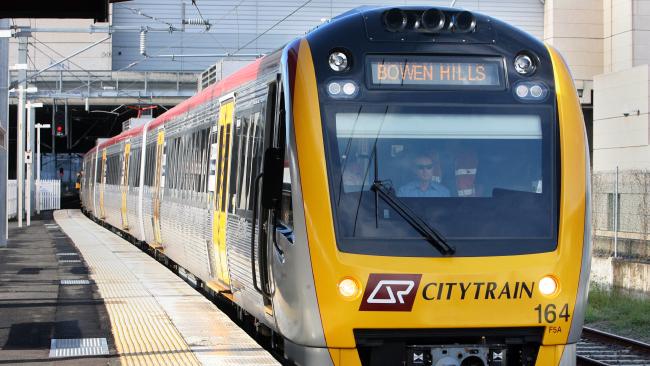 The Moreton Bay Rail Link has been put through yet another test with the first electric train rolled out onto the track this morning.

“From today, local residents will be able to see commuter test trains running between Petrie and Kippa-Ring as Queensland Rail carries out extensive tests of the line, trains, signalling and other equipment.

“Once the initial testing program has been completed, Queensland Rail drivers and guards will begin an extensive training program to familiarise themselves with the new track and infrastructure, ahead of the opening midyear.”

Mr Hinchliffe said Queensland Rail would work closely with the local community during the testing and commissioning stage.

“We understand living near a rail corridor may be a new experience for many people and Queensland Rail will be working with the community to let them know what to expect when operations commence,” Mr Hinchliffe said.

Queensland Rail is also conducting grinding works on the rail line from March 17—22.

The train line, which is a $988 million project jointly funded by the federal, state and Moreton Bay Regional Council, is expected to be operational by the middle of the year.

Queensland Rail will hold information sessions in the Moreton Bay region during April for residents with any questions.