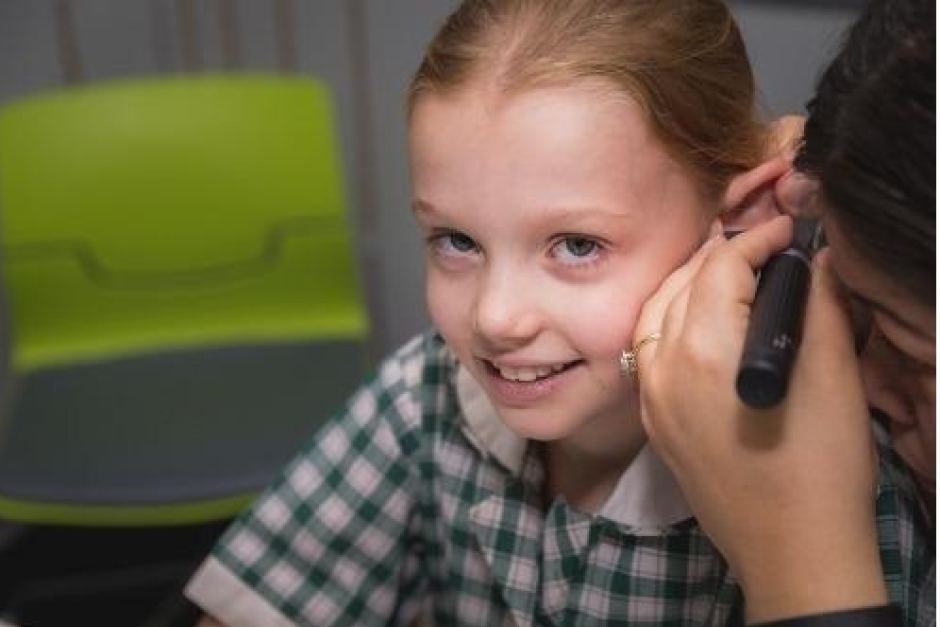 It is estimated that tens of thousands of Queensland students are suffering from undiagnosed hearing problems, experts say.

Hearing advocates believe a new testing scheme is needed in schools and the Queensland Government is backing the plan.

The Lewis family understand how it feels to live with hearing loss.

Jamie-Lee was diagnosed as deaf four days after her first birthday.

"I lost a year, which made a huge difference," Jamie Lee said.

"But a lot of kids I've seen these days didn't get hearing tests till they were 10 or later."

CEO of Hear and Say, Chris McCarthy, said Jamie-Lee was able to make-up for the lost years but thousands of other students are going undiagnosed.

"Many children in the classrooms are missing out, because they can't hear their teachers properly," Mr McCarthy said.

The Hear and Say centre last year ran a pilot program, testing more than 1600 children as they started school.

The pilot program also found that three children were suffering permanent hearing loss, two had foreign objects stuck in their ears and one student had perforated ear drums.

"This is an incredible result because if students can't hear, they can't learn," he said.

"As much as I'd like to say love pays the bills, it doesn't.

"So funding is a significant issue for us."

"The Queensland Government will be looking at ways we can further partner with Hear and Say to provide opportunities for students to get hearing testing," Ms Jones said.

"We need to make this easy for schools and easy for parents, so as many students can be involved in the hearing tests as possible."

Mr McCarthy said every prep student in Queensland should have their hearing tested.

"Having a standardised hearing screening program that we can potentially roll out over Queensland means that all these kids will start their academic journey with the best opportunity to reach their full potential," he said.

Hear and Say plans to test more than 8,000 students this year, but its eventual goal is for all students to get hearing checks.