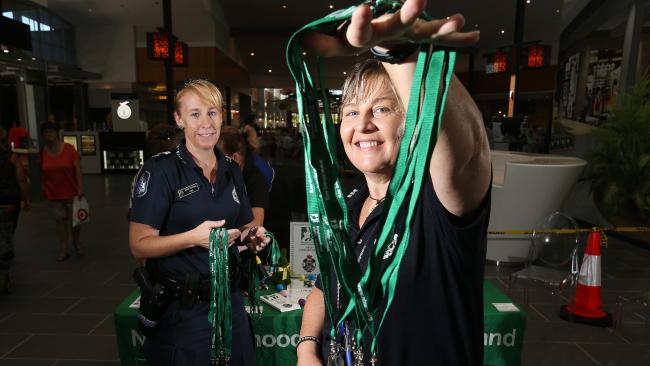 Pine Rivers Police have launched a new campaign for the Easter holidays.

“Lock it up” aimed to highlight the need to secure property during a period which ­traditionally resulted in a spike in offences.

The program provided members of the community with a lanyard on which they were encouraged to keep house and car keys.

It was a visual prompt to remind people to lock cars, trailers and houses – even when they were at home.

“Historically, during the holidays, we see a rise in house breaks, sneak thefts and property offences.

“Driving around now we are still seeing many roller doors left open for pets to roam in and out or for air flow in the warmer months.”

Even a slightly open roller door can be an invitation for a sneak thief.

“But we’re hoping that having keys on a lanyard will remind more people about the need to keep ­property safe and secure,” said Sgt Edwards, who was handing out ­lanyards at Westfield North Lakes on Tuesday.

Lock it up also followed a recent rise in the number of camper trailers being stolen and late last year the theft of five trailers in Pine Rivers in just four weeks.

“If you see vehicles or people acting strangely in your area, phone police on 131 444 or triple-0 if in any danger,” Sgt Edwards said.