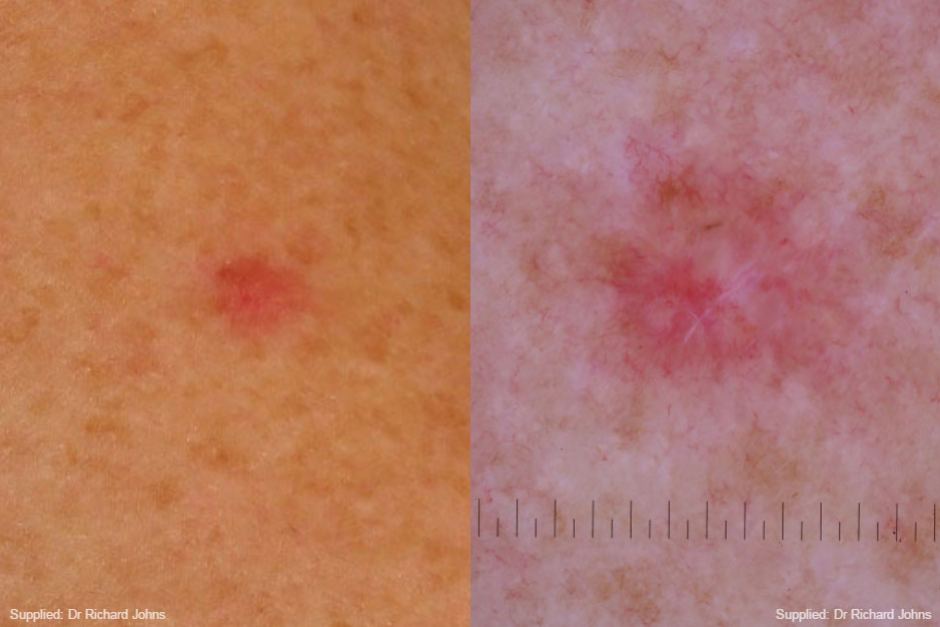 Doctors hope a new online tool that predicts a person's chance of getting skin cancer will spur Australians into seeking earlier medical care.

Queensland researchers at QIMR Berghofer developed an online survey after a study of 43,000 people aged between 40 and 70.

Professor David Whiteman said the test was 80 per cent accurate in predicting the risk of a person over the age of 40 of developing a non-melanoma skin cancer within three years.

"There would be many people out there who would under-estimate their risk of skin cancer," Professor Whiteman said.

About a quarter of all skin cancer deaths are related to non-melanoma skin cancers [such as basal cell carcinomas].

"This is for people who don't yet have a skin cancer and it's to try and find those people early and get them into the medical system."

The survey asks 10 questions, including age, skin colour and smoking status, and then computes a risk level.

Those at high risk are urged to consult a doctor, but Professor Whiteman said even those at low risk should not to be complacent.

"By living in Australia you have a high risk compared to other people around the world, so no-one around Australia should be ignoring sun protection," he said.

"But there are people who have high or very high risk and those people really should be consulting their doctor to work out a plan how to manage their risk of skin cancer."

The Skin Cancer College Australasia (SCCA) will now trial the test on patients to confirm its effectiveness.

"I've had quite a few [non-melanoma cancers] on my face and every six months to 12 months I'm checked and at every skin check I always find more," she said.

"I've had a lot of exposure to the sun in the past as a young child and a teenager."

"About a quarter of all skin cancer deaths are related to non-melanoma skin cancers [such as basal cell carcinomas] and about two out of every three Australians will get a skin cancer by the age of 70," Dr Johns said.

"Early detection and early treatment is still at this stage the best cure for skin cancer."