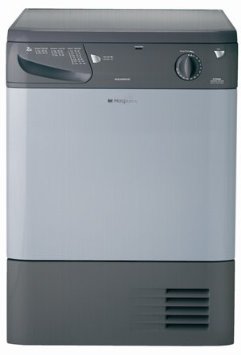 National recall on two domestic clothes dryers which could cause fires

Two brands of clothes dryers have been recalled nation-wide because of concerns lint could catch fire.

The dryers affected are the Indesit and Ariston brand dryers manufactured in the United Kingdom and sold in Australia since April 2004.

The dryers are sold by Harvey Norman and Retravision.

Consumers should contact the Australian distributor, Arisit, to make arrangements to fix the dryer at no cost.

In the meantime, the government recall notice said the dryers should not be left unattended while operating.

In 2013, Samsung issued a recall on six types of top loader washing machines sold between 2010 and 2013 which were blamed for causing more than 200 fires.

On its website, the company says there are still thousands of affected machines that have still not been serviced.

What are the defects?

There is potential for lint/fluff to dislodge from the rear drum seal, fall near the dryer heater and become ignited.

What are the hazards?

If the lint/fluff is ignited this poses a potential fire hazard.

Where the product was sold

Traders who sold this product

What should consumers do?

Consumers should contact Arisit Pty Ltd on 1300 762 219 or email ariston.dryer@arisit.com between the hours of operation: Monday-Friday 8:30am to 5pm.

In the meantime consumers may continue to use their products, provided that appliances are not left unattended whilst operating. Indesit also remind customers of the need for proper cleaning and maintenance, as outlined in the user manual.