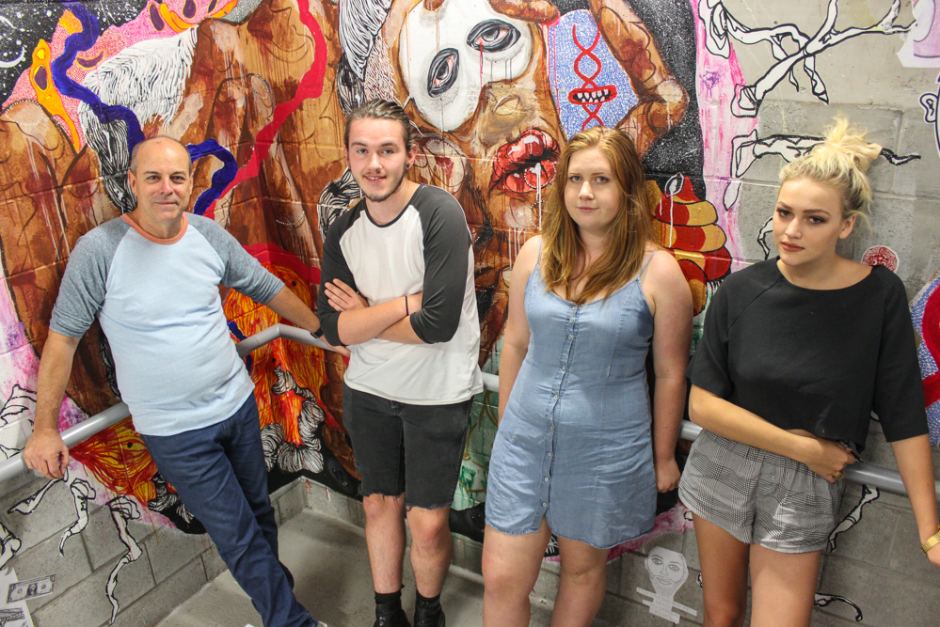 A small college in Brisbane's Valley precinct is strengthening the future of Queensland's music scene by nurturing up-and-coming talent.

The Music Industry College in Fortitude Valley allows year 11 and 12 students to study the national curriculum while also learning how to forge a career in the music industry.

The college opened in 2010 with 27 students. Principal Brett Wood said it had gone from strength to strength.

"Since opening we now have 82 students with 42 studying year 12 this year," he said.

"The everyday subjects are not that different to what students would get at All Hallows or Kelvin Grove down the road.

Mr Wood said the point of difference for the school was providing music industry context in each subject.

"Take our year 11 Maths A class — we will start with a budgeting assignment, but our students would do a budget for a four-week tour for a four-piece band," he said.

She has had success since, including being added to the playlist on national youth music station triple j.

Ms McCarthy recalled sitting in maths class receiving a tweet from Kylie Minogue, congratulating her and Australian duo Peking Duck on their cover of Can't Get You Out Of My Head.

She said studying at the college fast-tracked her music career, enabling her to network and meet the right people to make her mark on the industry early.

"I don't think I would be where I am now without going to a school like this," Ms McCarthy said.

"I wouldn't have had the courage to just put stuff on the internet and hope it went well ... it helped me to just move everything along quicker."

"You learn so much about how to release your music, how to do PR and understand the industry."