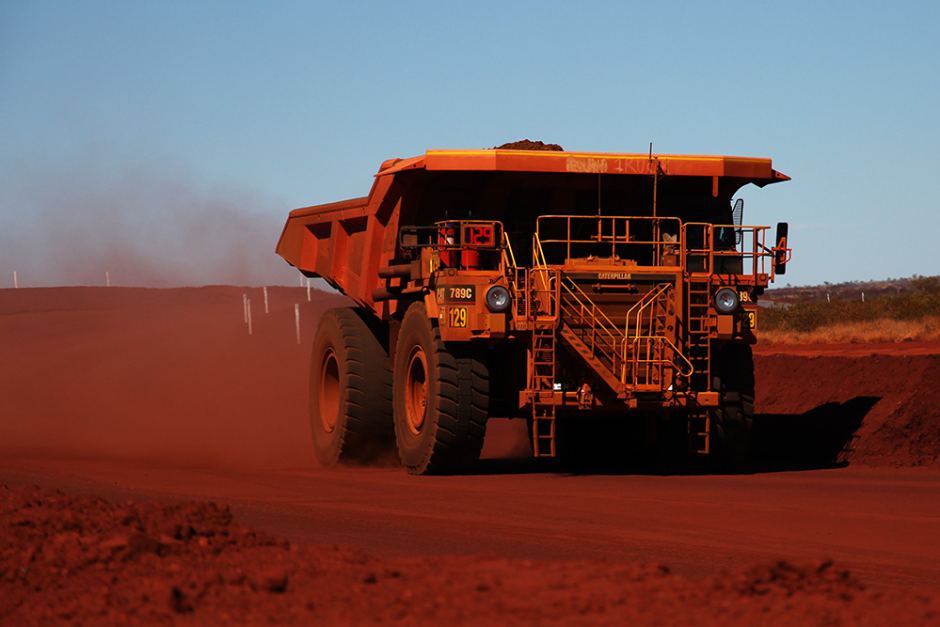 Iron ore rally consolidates, holding record gains; industry split on what may be driving prices up

The iron ore market has largely held on the record-breaking gains it made on Monday, easing marginally to $US63.63 a tonne.

By the end of the session, the key index — 62 per cent fines — was down just 11 cents on the 19 per cent price rise, which represented the biggest one-day lift in the relatively short history of the spot trade for seaborne iron ore.

This followed Monday's 19 per cent rise on spot markets, the biggest one-day lift in the relatively short history of the spot trade for seaborne iron ore.

Morgan Stanley commodity analyst Tom Price said the price spike looked "a bit surreal, even for the most bullish" in the marketplace.

Industry views about what is behind the surge in prices vary.

There is the prosaic reason — seasonal restocking and improved margins in Chinese steel mills.

And then there are the more colourful theories such as the steel-mills of Hebei Province rapidly expanding production ahead of demands from a big horticultural event for an industry shutdown of several months, giving farmers the opportunity to promote the fresh, clean food of the province under clear, blue skies.

The rising price of Chinese steel is another "bullish" signal the market is picking up on, as is the cut in local iron ore production, down around 8 per cent over the year.

On top of that the Chinese Government is providing a deal more financial support — switching its focus away from reform back to economic growth — with easier credit and the approval of an array of new infrastructure projects being talked about.

The fact that prices are — despite the rapid rise this year — still relatively cheap at decade lows, and cheaper oil means cheaper transport are also making life a fair bit easier for the steel mills.

However, Mr Price said the primary driver was the annual restocking steel mills undertake from February though to May.

Mr Price said while many conditions remained favourable, they did not fully explain the rapid rise of the past two days.

"It may just be catch-up buying by China's generally 'short traders'," he said.

"Sentiment probably improved sharply over the weekend, with some bullish chat by the Premier [Li Keqiang] at the National People's Congress."

UBS commodity analyst Daniel Morgan was not too excited either, arguing the demand outlook remained bearish.

However the supply side of the equation is far more bullish for the big iron ore producers.

China's import volumes — excluding the suppliers such as Australia, Brazil and South Africa — have collapsed and the tragic incident at Samarco will take another 2 per cent out of the seaborne market.

Destocking despair will set in again from September: Morgan Stanley

However, given the seasonality in the mining world, what goes up inevitably comes down.

Morgan Stanley's Mr Price noted there was a "delta of excitement", with a roughly 10 per cent or more increase in restocking between February and May, followed by solid activity of several months.

However, September through to the end of the year brings a "delta of despair", with trade floors, production cuts, destocking and of course falling prices.

For the record, Morgan Stanley, UBS and Macquarie all have their forecast price for iron ore pegged below the current spot price.

So, what is a reasonable price in through to the waning fortunes in September?

Mr Price argued $US45 to $US54 kept all the big miners profitable and even allowed for fresh supplies coming in from Gina Rinehart's Roy Hill mine, but not much else.

But heading down the tracks is Vale's monster S11D development in north-eastern Brazil, which should be shipping an extra 90 million tonnes in 2018, and that should put a fairly tight cap on price rises for some time.