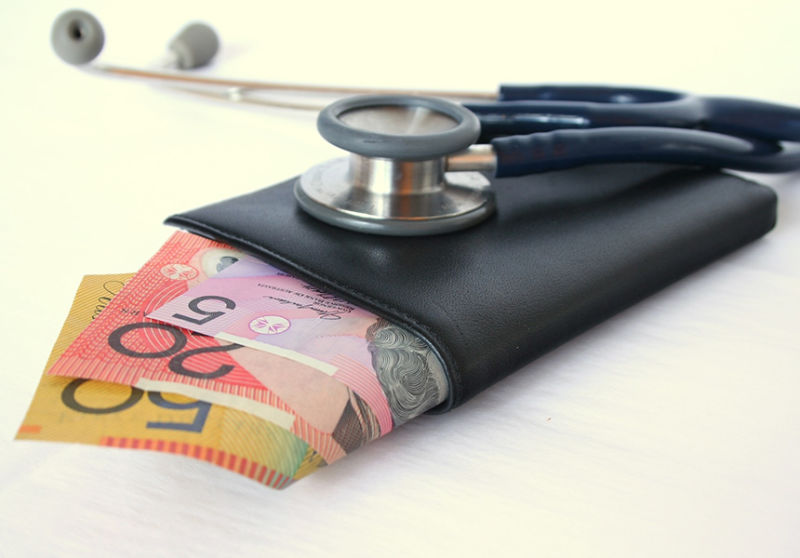 While Australia’s private health market has become a minefield for families, insurers are raking in record returns.

Australians are being sold “junk policies” by health insurers who are desperate to keep their customers while imposing huge price rises.

The policies, which provide little financial protection for care in a private hospital, are being watered down to make them affordable, Australia’s peak medical body warns.

Dr Stephen Parnis, the vice-president of the Australian Medical Association, told The New Daily that his organisation had evidence that several big health funds, including Medibank Private, were promoting downgraded policies to members.

“We have evidence of Medibank Private calling their members and encouraging them to downgrade their insurance cover,” he said.

“We know that because AMA members have received such calls.

“The AMA is also concerned that older policyholders were being encouraged to opt out of cover for major health risks such as cardio-vascular surgery and hip replacements as a way to lower premiums.

“What good is private health cover if it doesn’t actually cover you for what you might need?”

The AMA estimates that around 35 per cent of all private health policies now contain exclusions compared to only 10 per cent in 2009.

The AMA’s warning about the marketing tactics of health insurers came as the Turnbull government announced that it had approved average premium increases on standard private health policies of 5.59 per cent from April 1.

The hike will add an extra $298 a year to the cost of an average health insurance policy and may induce more insurers to promote downgraded cover to retain members.

Average premiums to exceed $5000 a year

The April rises will mean that the average cost of combined hospital and extras cover will top $5000 for the first time for families and couples.

The average premium on a family policy will rise to $5239 a year after the April repricing.

Average annual premiums for couples will rise to around $5100, while singles will pay around $2500 a year.

However, premium rises across the sector will not be uniform, with some funds preparing to reprice by as much as 9 per cent.

People with policies marketed by health.com.au and CUA Health Fund will cop the biggest hits, with premiums set to rise by 8.81 per cent and 8.95 per cent respectively.

Several niche health funds are promising to keep increases below 5 per cent, including the Doctors’ Health Fund, which will boost average premiums by 3.76 per cent.

The country’s peak consumer advocate, CHOICE, believes that many policyholders could save thousands of dollars a year by jettisoning extras cover without compromising the quality of core protection for treatment in hospitals.

CHOICE estimates that more than $2000 can be saved on the cost of family cover offered by Medibank Private and Bupa if they dropped extras insurance.

The complexity of health insurance contracts makes them one of the trickiest segments of the financial services market to make product comparisons.

CHOICE and the AMA are agitating for the government to force insurers to standardise the wording of policies so that consumers can make more informed decisions about products.

Dr Parnis warned that Australia had taken the first steps towards an American-style system in which insurers were motivated to purely to maximise profits.

“Insurers no longer want to fund medical care – they want to dictate how it is managed,” he said.

“This is the American system.”

Later this year the AMA will publish a report card on the private health insurance industry aimed at simplifying the task of shopping for a value-for-money policy.

Financial position of health funds stronger than ever

There is plenty of evidence to suggest that private health insurers have been boosting their profit margins in the past decade by levying premium increases that are well above inflation.

Despite promises from politicians that competition would eventually deliver premium reductions, the cost of private cover has increased every year since 2000.

And even though inflation was mostly benign in the past 15 years, the average cost of standard family cover has soared more than 150 per cent in that time.

According to data published by the Australian Prudential Regulation Authority, the total profits generated by health insurers has risen from $177.6 million in 2008 to $1.5 billion last year.

Medibank Private appears to have reaped bonus profits from the 6.5 per cent premium hike it levied in 2015.

It recently reported a 58 per cent increase in profit for the six months to the end of December, which came in at $227.6 million.

The company’s profitability ballooned even though it admitted that thousands of customers did not renew their policies.

Sharemarket analysts are forecasting that Medibank Private will post a full year profit of around $470 million.