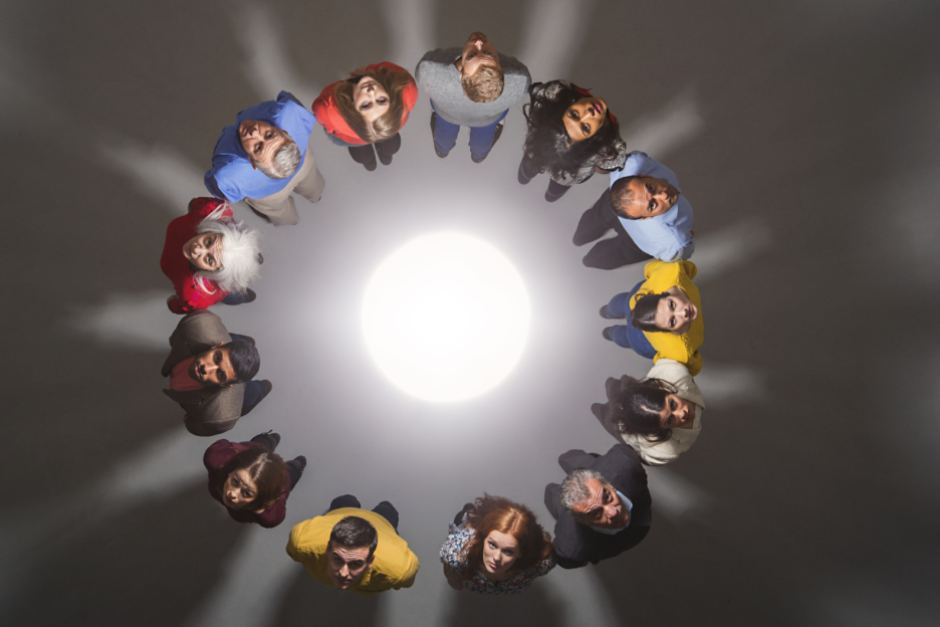 Groupthink: too much connectivity may stifle innovation

Completely breaking down 'silos' could actually be the enemy of innovation, a study has found.

The research suggests a certain amount of fragmentation is needed in a population to prevent everyone converging on the same solution to the same problem.

In a study published today in the Proceedings of the National Academy of Sciences, researchers conducted a series of experiments in which 144 volunteers — organised into groups of six — were each given the computer-based challenge of developing a theoretical remedy to fight a virus.

As a result, those in the more fragmented team were much better at identifying a number of different solutions than those in the team where all members could learn from all the other members.

Lead author and anthropologist Dr Maxime Derex, from Arizona State University, said the study challenged the notion that connectivity was all-important in enabling a population to be more innovative.

"If people are really connected to each other, we know that people learn from successful individuals, and the problem with that is that people converge on the same solution," Dr Derex said.

In partially connected populations information spreads within subgroups, but less so between subgroups, which enables those subgroups to each develop their own unique solutions.

"We know that this cultural diversity is really important because combination is one of the main forms of innovation; people combine a lot of stuff to produce new technology."

Researchers suggest the findings could explain the sudden increase in technological and cultural complexity in the Upper Paleolithic period of human history — about 40,000 years ago — such as an increase in body decorations with found objects, movement of tools and raw materials over long distances, and better hunting technologies.

"Contacts between previously isolated groups could have brought different skills and cultural traits together and may have led to increased cultural complexity," the researchers wrote.

The research points to a "sweet spot" of cultural fragmentation that encourages innovation but also allows ideas to spread.

For example, the internet has enabled an unprecedented level of connectedness across very large populations, but there is still plenty of fragmentation within modern societies, Dr Derex said.

"We are really well connected today but we are interacting preferentially with specific individuals within society, so we still have structure in our populations," he said.

But, Dr Derex said, innovation can also be stifled if sub-groups are too fragmented and do not communicate with each other.

"That's maybe why multi-disciplinary [research] is really important, because people are exploring different solutions and they have different problems but you can use knowledge from one field in another field," Dr Derex said.

"You have to connect people and exchange knowledge between fields."